Justin Bieber believes vegans should be given $100,000 a year.

American rapper Riff Raff shared a post on Twitter which said, “I just remembered I can run for president.” He listed the changes he would make if he was elected, which include free health care, free college, and no taxes. “If you are vegan you get $100k a year,” the rapper added. 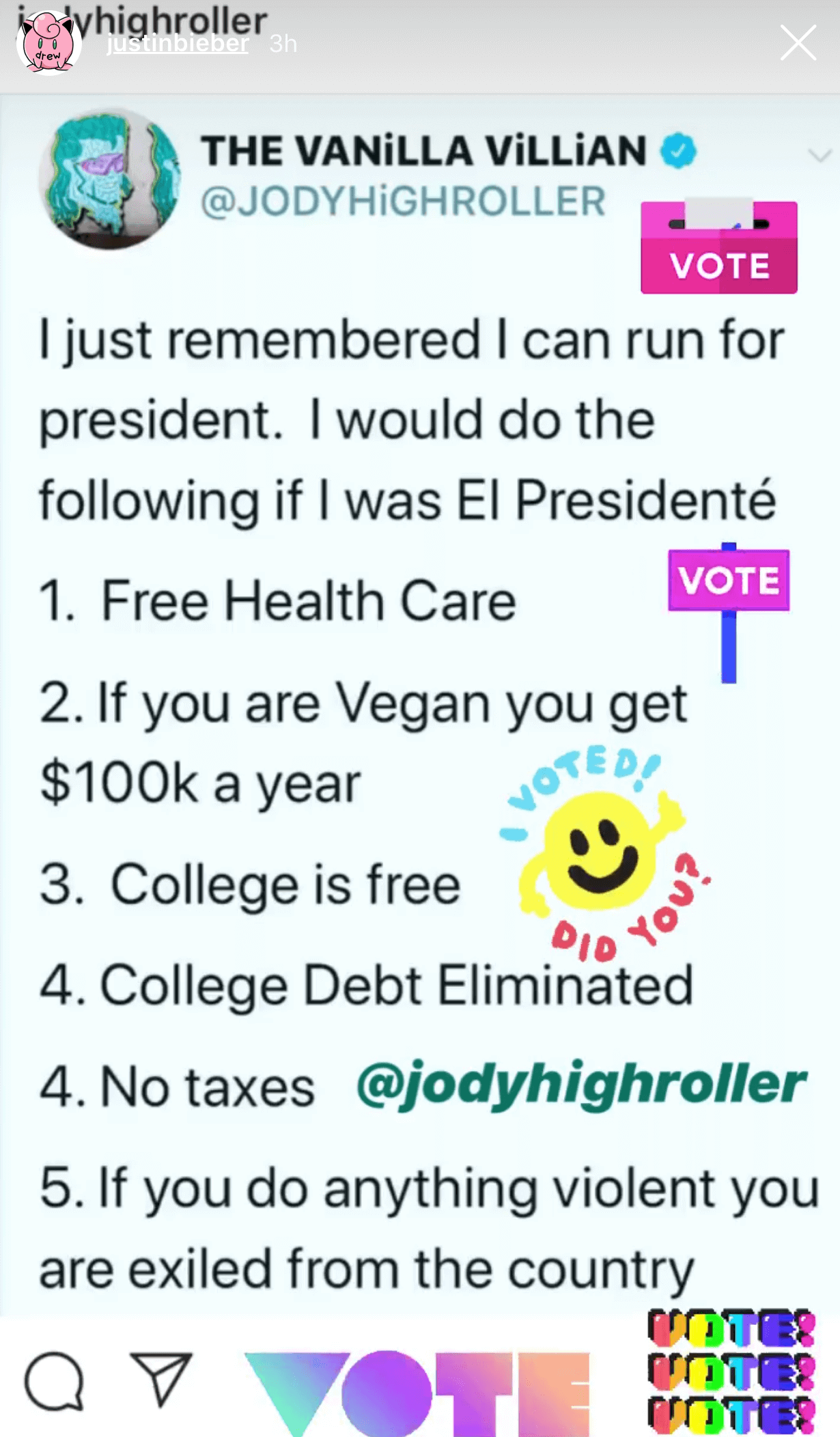 In 2017, Bieber was spotted enjoying a vegan breakfast with his former flame, Selena Gomez. The pair dined at JOi Café, an organic, plant-based cafe in California.

Bieber’s interest in cruelty-free living spans further than diet. In May 2019, the artist teamed up with Schmidt’s Naturals to launch a cruelty-free, vegan deodorant.

The deodorant is called Here + Now. It’s made with natural ingredients like coconut oil and arrowroot powder.

“The time was right to make something happen and bring to life an exclusive product collaboration that will bring new fans into the naturals category,” Schmidt’s CEO and co-founder Michael Cammarata told PEOPLE. “If Justin can make the switch from conventional to natural, it’s a choice that’s open to everyone.”

Here + Now is “more than just a deodorant,” Cammarata said. “It’s a lifestyle and a connection to those around you. It’s about the small, but intentional choices we make every day that help us to lead happier and healthier lives, mentally and physically.”

More high profile names are speaking out about veganism. Seventeen-year-old singer-songwriter Billie Eilish went vegan in 2014. On the 10th anniversary of the Meat Free Monday initiative, Eilish encouraged her millions of Instagram followers: “Help the world. I try.”

Jermaine Dupri, will.i.am, Ariana Grande, and Jason Mraz are all vegan. Miley Cyrus went vegan five years ago and by 2018, she had 16 rescue animals living with her. A$AP Rocky says his plant-based diet helps him to “clean my mind, body, and soul.”

“I started doing research and found out how they treat those animals before they, you know, service them. They inject them with steroids and drugs that enhance their growth. None of that sh*t is healthy, and on top of that those [expletive] animals were stressed and compressed the whole time,” he said to Complex. “That kind of food going into your body is unhealthy. I don’t mean to sound like some weirdo, but it is what it is.”