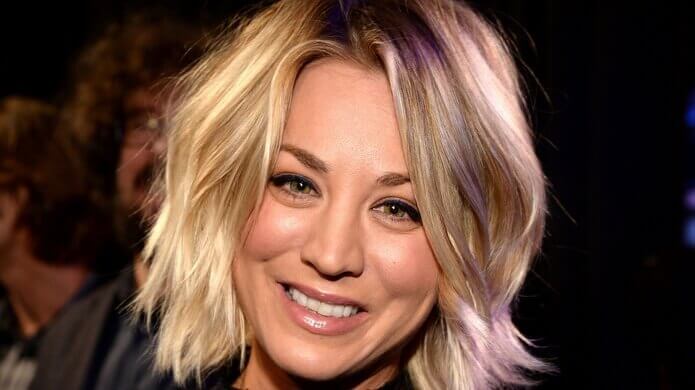 On Thanksgiving day, Kaley Cuoco helped save a sea lion.

Cuoco and her husband Karl Cook had been celebrating Thanksgiving day at Cook’s parents’ California beach house when the couple saw a sea lion in need of help, The Loop reported. So, Cuoco and Cook did the right thing and took the time to call in the issue to the Channel Islands Marine and Wildlife Institution. The Institute responded by saying they’d contact some volunteers to come out and help the animal.

At first, Cuoco was skeptical that any volunteer would show up because it was Thanksgiving day. “They promised me a volunteer, but I was unsure it would happen since it’s Thanksgiving,” Cuoco wrote in an Instagram post. Thankfully, Cuoco’s worries quickly dissolved into relief.

“A few hours later I noticed a group of volunteers huddled around the seal,” she continued. “They all showed up to help! My heart is full, and I’m thankful these gracious people left their Thanksgiving plans to help an animal in need. Doesn’t get better than that.”

Soon after the initial rescue, Cuoco updated her followers on “Sandy” the sea lion’s recovery. The sea lion made it safely to the CIMWI’s Santa Barbara facility and was receiving treatment. Sandy will be “rehabbed and prepped to be released back into the wild as soon as he’s able,” Cuoco continued.

The best story! A huge shout out to all the volunteers and staff @cimwi for coming out again today to search for (their #99th patient of 2018)Sandy the sea lion (yes I named him) finding and rescuing him! He is currently at their Santa Barbara facility getting rehabbed and prepped to be released back into the wild as soon as he’s able ? amazing organization doing amazing work for marine animals in need. Thank you!! ?

Kaley Cuoco is no stranger to animal advocacy. In early November, Cuoco urged her fans to adopt turkeys for Thanksgiving instead of making a meal out of the feathery creatures.

“Each year 46 million turkeys are inhumanely raised and slaughtered for Thanksgiving,” Cuoco said. “The majority of these birds are raised on factory farms, which are linked to numerous environmental problems hurting us and our planet.”

Cuoco suggested that fans look into the Farm Sanctuary’s Adopt a Turkey program. The rescue program has saved more than 1,000 birds since 1986.

In the past, Cuoco also has provided her talents to other animal advocacy groups. In March, she appeared in a parody of “Keeping Up With the Kardashians” to help support Paw Works, a California-based nonprofit animal rescue organization. And in 2015, she appeared in a commercial for the Humane Society of the United States.