After years of urging by animal rights groups, the Karl Lagerfeld brand is the latest fashion label to ban fur.

The news was announced by international animal rights group PETA (People for the Ethical Treatment of Animals) on Wednesday. The group first reached out to the Karl Lagerfeld brand in 1995.

The AM Retail Group, a wholly-owned subsidiary of the G-III Apparel Group, along with G-III itself, have agreed to ban fur. The AM Retail Group Operates stores owned by the latter, including Wilsons Leather, G.H. Bass & Co., Calvin Klein Performance, Karl Lagerfeld Paris, and DKNY stores. DKNY announced that it was going fur-free in March 2018.

Lagerfeld was the creative director of French fashion house Chanel as well as Italian brand Fendi. He died at age 85 last February. Lagerfeld gained notoriety from animal rights groups for his use of fur. The German-born designer was hired by Fendi to “modernize” fur fashion via the introduction of squirrel, rabbit, and mole pelts, per Encyclopedia Brittanica. He launched his eponymous label in 1984.

PETA’s senior director Anne Brainard said in a statement, “PETA applauds these companies for their compassionate and business-savvy decisions, which show that fur is out and kindness is in.

She added, “these fur bans are proof that the fashion industry is changing to meet the rising demand for luxury cruelty-free alternatives.” 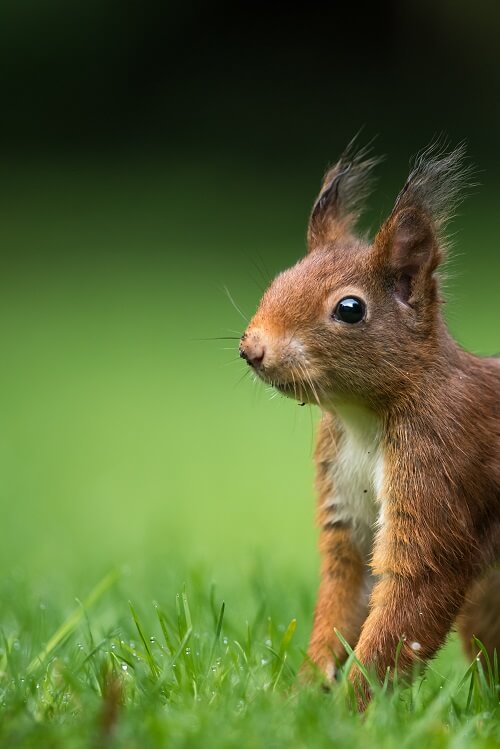 Karl Lagerfeld normalized the use of squirrel, mole, and rabbit fur in high fashion,

The Karl Lagerfeld brand joins other major fashion labels in banning fur, including Prada, Balmain, Chanel, Versace, and Gucci. Additionally, Andrew Marc, owned by the G-III apparel group, pulled fur from its e-commerce site. The brand will sell through its remaining inventory.

Last October, Macy’s and Bloomingdale’s both agreed to stop selling fur by the end of 2020, citing the changing times.

“Over the past two years, we have been closely following consumer and brand trends, listening to our customers and researching alternatives to fur,” Jeff Gennette, chairman and CEO of Macy’s, Inc. said in a press release.

On October 12, California became the first state to ban the sale and manufacturing of new fur products. Similar legislation is pending in New York.