After dropping previews and teasers on her social media throughout 2017, Kat Von D has finally announced the launch of her vegan shoe line. The shoes, which will be available at some point this year, are in typical Kat Von D fashion, vegan.

The line, called Von D Shoes, is a luxe shoe brand aiming to make people look and feel beautiful without any animals having to be harmed in the process. On her Instagram feed, Von D explained that she worked “extremely hard” on these shoes and, while they’re going to be as affordable as possible, they won’t be “as cheap as Payless.” 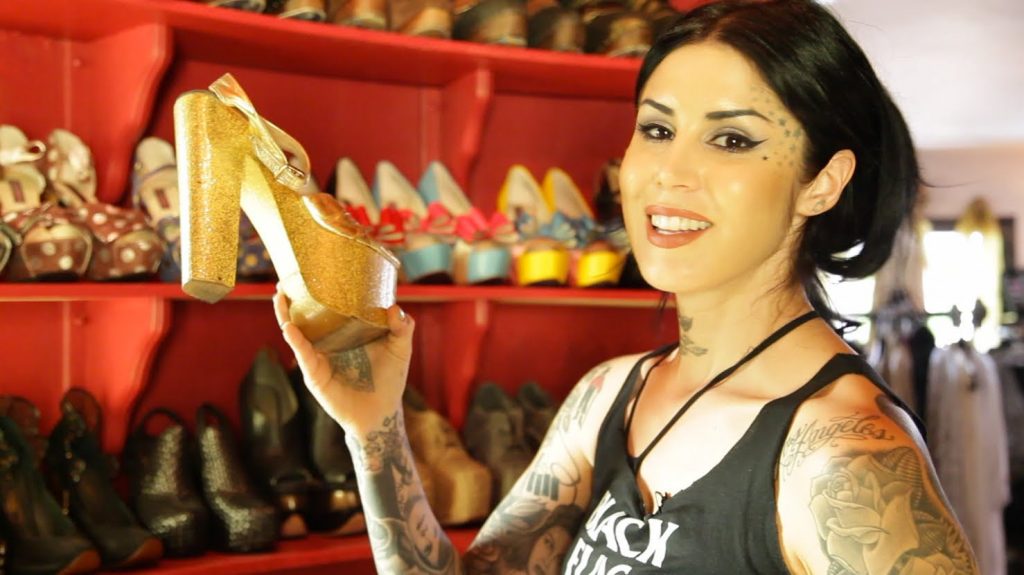 The range promises diversity; there will be platforms, flats, boots, sneakers, sandals, slip-ons, creepers, winkle-pickers, and even (vegan) furry boots in over 28 unique styles. She says that none of these shoes will be limited edition so you don’t have to worry that you’ll miss your favorite. In addition, there will be a selection of unisex shoes as well, meaning everyone can get themselves a pair — although, anyone can wear any of the shoes if they like them.

In response to an inquiry on her Instagram post, Von D said the materials are extremely sustainable and that some of the “leather” comes from apple peels.

“I have done loads of research and have discovered beautiful, innovative, and sustainable fabrics,” she wrote.

Von D emphasizes that her shoes are made, by hand, in Italy and not in China, where animal testing (on cosmetics) and cruel labor practices runs rampant.

Kat Von D has become a big name in the vegan beauty industry, lauded for her high-quality products and commitment to veganism. Soon, she may be just as dominant in the shoe industry. For more on her new shoe line, follow the brand on social media at VONDshoes.