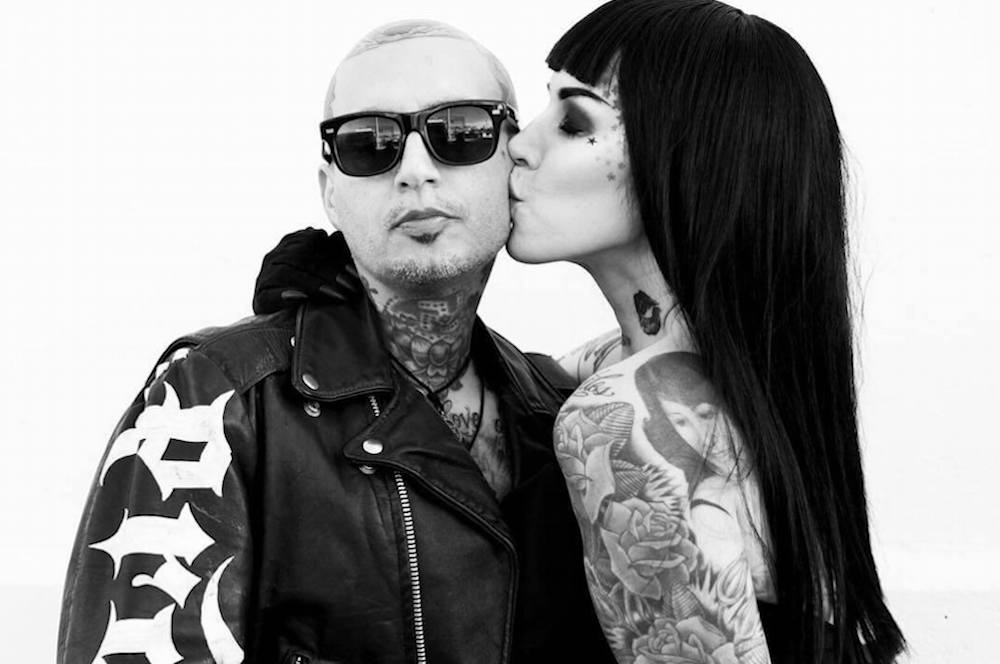 Vegan celebrity, entrepreneur, and activist Kat Von D is set to have an extravagant and compassionate vegan wedding ceremony to her husband, Leafar Seyer.

The vegan couple legally married in February, announced their pregnancy in May, and are now planning the ultimate wedding bash. Von D took to Instagram to share a picture of Seyer sampling decadent plant-based cake options for the big day.

“At our wedding menu tasting today! @prayers and I are so excited to be having the most epic #vegan wedding of all time!” captioned Von D. “We love the idea of showing the world that you don’t have to sacrifice luxury/quality by choosing not to exploit animals in any way. We are also excited about not having a gift registry and instead have guests who might be inspired to gift us, donate to one of our favorite animal rights organizations: @AnimalEquality on our behalf instead!” She concluded with the hashtag, “animalliberationishumanliberation.”

Animal Equality thanked the happy couple for their generosity via Twitter. “We’d like to wish one of the most beautiful power couples, @thekatvond and Prayers, a huge congratulations on their upcoming wedding… we feel so honored that instead of receiving gifts, they’ve asked their guests to donate to @animalequality…We can’t thank you enough!” Von D is a long-time supporter of this international animal rights organization and has been sighted wearing its pro-vegan apparel during performances and public events.

For the pair’s legal marriage earlier this year, an intimate ceremony was held with just the two of them. “Today, I married my soul’s mate, my mind’s twin, my best friend,” Von D said of the marriage shortly following their nuptials. Seyer also expressed his love via social media, writing, “Today I married the girl of my dreams [En Vida Y En Muerte]” The couple donned matching silver wedding rings hand-engraved with their personal wedding mantra “en vida y en muerte” (Spanish for “in life and death”).

Just recently, the pair both shared a picture of themselves and Von D’s protruding belly on their respective Instagram accounts, officially announcing their pregnancy. The couple says they will be raising their baby boy vegan.

Both Seyer and Von D are committed to the vegan lifestyle. Von D is most widely recognized for her internationally-renowned cosmetic range, Kat Von D Beauty, which has offered 100% vegan products since 2016. She is also known for lending her voice to the global animal rights movement, both on her social media platforms and through various advocacy campaigns. Finally, Von D is expanding her vegan empire, launching a vegan shoe line in November – Von D Shoes.