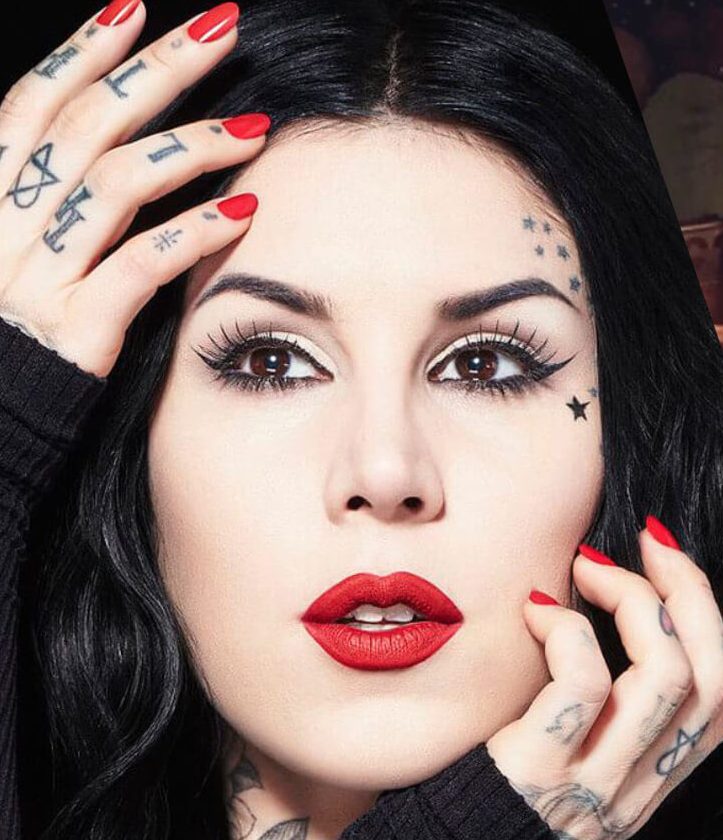 The makeup artist announced the partnership between Kat Von D Beauty and her “fave vegan candle company” on Instagram. The new Biren & Co. candles come in two scents, one infused with the Saint Eau De Parfum, the other infused with the Sinner Eau De Parfu, Von D’s two most-requested products of all time.

The Saint fragrance is described as a “dreamy, romantic and alluring,” blend of jasmine and Tiaré flower top notes with a heart of mandarin, caramel, and sparkling Mirabelle plum. By contrast, Sinner is described as “dark, sultry, and empowering.” The fragrance is said to be “addictive,” with cinnamon, vanilla, and white florals, as well as notes of vetiver, patchouli, and wood; it is “a little sweet [and] a little spicy.” The Saint and Sinner fragrances are inspired by Von D’s own duality, “tough and tattooed on the outside, but totally sweet at heart.”

SAINT+SINNER CANDLES!?? So excited to announce that @katvondbeauty has teamed up with my fave vegan candle company: @birenandco to create a set of highly-fragranced candles infused with our signature perfumes! I love that right now our entire house smells like Saint + Sinner! Both the pre-dripped pillars + hand poured in etched glass candles will be available soon! ?? Follow @katvondbeauty for launch dates and details. #limitededition #saint #sinner #saintandsinner #vegan #crueltyfree

Von D herself raved about the perfume-infused candles, writing, “I love that right now our entire house smells like Saint + Sinner!” The cruelty-free candles are stylish as well as fragrant, with the pre-dipped pillar style Biren & Co. are known for, and hand poured into an etched glass cylinder.

Biren & Co. also took to Instagram to share the news, writing that the company “couldn’t be more excited and humbled to collaborate with the most empowering human on the planet.”

Von D is known for her cruelty-free beauty range, but in recent years also for her vegan advocacy. She served as a narrator in the animal rights documentary “Dominion,” released earlier this year, and helped to raise $1.2 million at animal rights nonprofit Mercy for Animals’ Hidden Heroes Gala. In May, Von D was honored as a “positive Latina role model” by the California Latino Legislative Caucus. She received the award for her inspirational work as a musician, a tattoo artist, a successful business person, and as an activist.

According to Von D, the Biren & Co. launch date will be announced on the Kat Von D beauty Instagram.