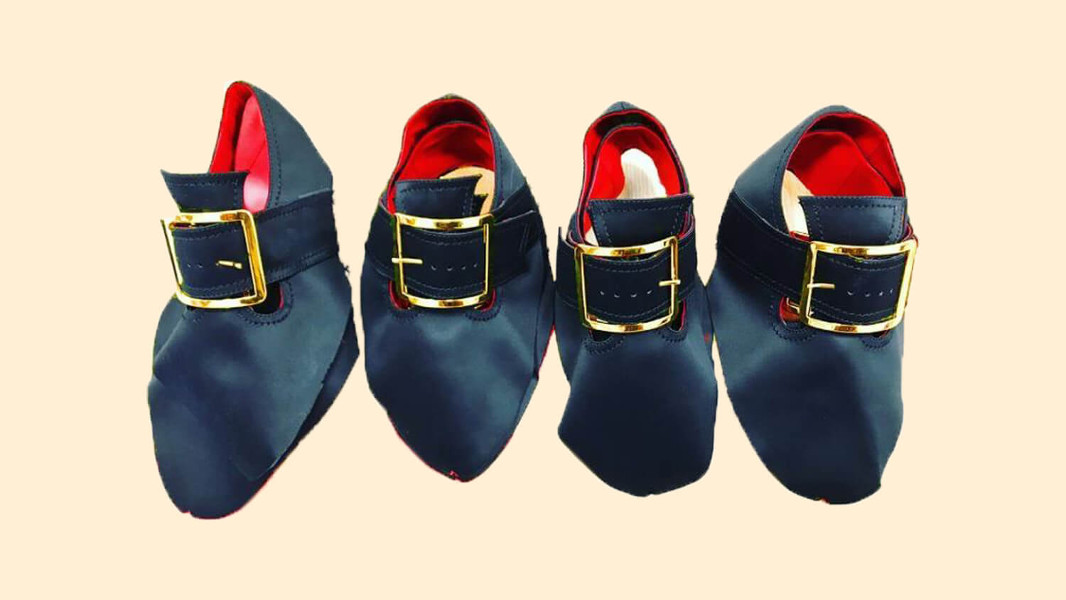 In the first post, Von D showed off black cross zipper-pulls displayed in a red velvet box. The pulls will be featured on the Von D Shoes unisex vegan leather combat boots. A previous post on the official Von D Shoes Instagram suggests that the boots will be available with black metal details or gold details.

Cross zipper-pulls I designed for the @vondshoes for the vegan-leather combat boot! #comingsoon #vondshoes #crueltyfree #vegan

Next, the vegan entrepreneur shared a simple gold shoe buckle, inspired by Victorian-era footwear. “For years I had been hoarding a pair of these true Victorian shoe buckles I found at an antique store that would have been perfect for a Victorian-style witchy shoe,” Von D wrote. “Years later, instead of keeping this buckle to myself, I’ve made exact replicas and will finally be able to launch the perfect.” The buckle will adorn Von D Shoes Victorian witch shoe.

A third photo gave fans a sneak peek of what the complete Victorian witch shoe will look like. “Here are the uppers of the black satin witch’s shoes – eagerly waiting to be mounted and take their sexy, pointed toe shape,” Von D wrote.

Fans of Von D’s aesthetic were understandably excited for more insight into what to expect from the vegan shoe line. The star has been dropping hints and teasers of the collection since 2017, but it was not until last February that she made the official announcement. Von D promises that her luxury Gothic-inspired vegan leather shoe line will be priced as fairly as possible and feature a wide array of shoe stylees ranging from platforms to unisex books, heels, creepers, vegan furry boots, sandals, slip-ons, and more.

Committed to being both cruelty-free and as sustainable as possible, Von D also stated that some shoes in the collection will feature vegan leather made from apple peels.

Von D Shoes is set to launch this November. To stay up-to-date with previews, follow the brand on Instagram at Von D Shoes.