Kat Von D made her name as a tattoo artist and reality TV star on TLC’s “LA Ink.” Since then, she’s become a successful beauty entrepreneur. Her vegan and cruelty-free makeup line Kat Von D Beauty is available in stores around the world, from Sephora to Debenhams in the UK.

There’s no doubt that Von D has created a beauty behemoth, but she’s still not content. The entrepreneur is now expanding her empire and entering the world of footwear and accessories with her new environmentally-friendly vegan shoe line: Von D Shoes.

The new range is as glamorous as it is practical — because aside from being a business mogul, Von D is also a mother. Her son Leafar, born last year, changed her whole focus.

“I gained a new sense of empathy towards other mothers,” she told LIVEKINDLY. “One that I couldn’t relate to before becoming one, and that inspired a few more designs that aren’t as high-heeled.”

Von D has been meticulously involved in every aspect of creating Von D Shoes — from designing the products themselves to picking out the tissue paper they’ll be wrapped in. “Unlike other founders who have massive teams behind them, this process takes me a lot longer,” she explained. 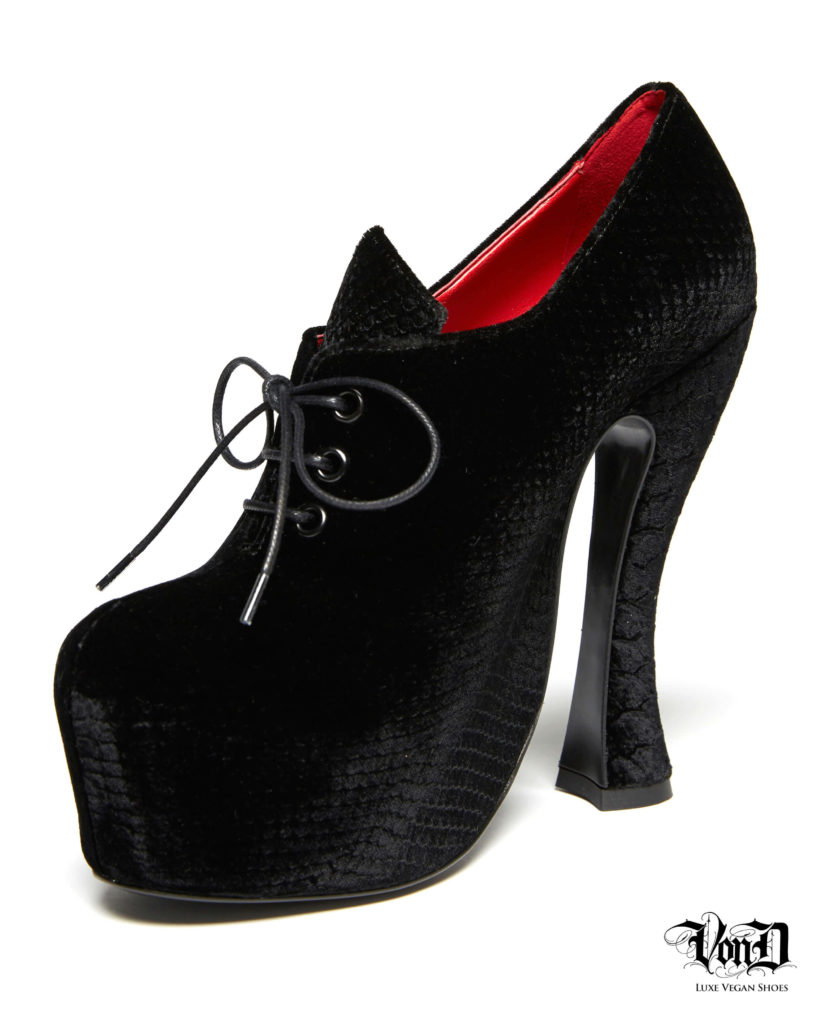 Von D Shoes isn’t just about practicality, but sustainability too. Like most mothers, Von D is hyperaware of her child’s future. “More than ever, I want to do whatever is in my power to change things,” she continued, emphasizing the “disastrous impact” that humans are currently having on the planet.

The climate crisis is threatening to change life as we know it, and the fashion industry plays a pretty big part. Apparel and footwear production currently make up more than 8 percent of global greenhouse emissions, according to a Quantis report. But brands can turn this around, by opting for more sustainable materials.

Instead of using traditional leather for her new collection, Von D has opted for a more unusual choice: apples.

“The new vegan leathers that are coming out every day are impressive and not only beautiful and durable, but many of them are extremely sustainable and eco-friendly,” she explained. “We found an amazing family-owned company that’s producing our leather from compressed apples,” she added. “You’d be amazed at the quality.” 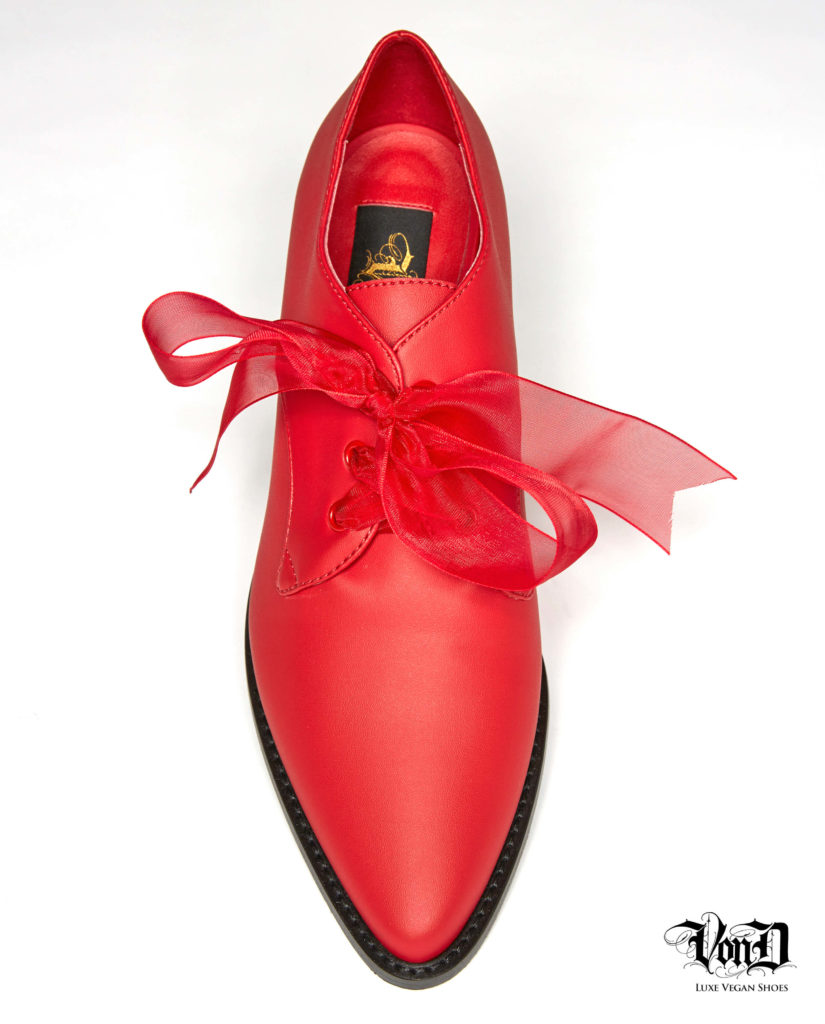 Von D shoes are made with apple leather.

There was never a question mark over whether Von D would avoid leather when creating her shoe line. She is a passionate vegan and animal rights activist and has used her platform to speak up for the animals on a number of occasions. She even lent her voice to the 2018 animal rights documentary “Dominion.”

Now, she’s using her platform to encourage people to consider the impact of what goes on their feet. “My goal is to make it as easy as possible for people, vegan or not, to live a cruelty-free lifestyle,” she explained. “I think shoes are a big part of that.”

Shoes are a good place to start, but there’s always work to be done, believes Von D. In the future, Von D Shoes could produce a whole range of accessories, including belts, wallets, and potentially purses too. None of which will look the stereotypical image of a “hippy” vegan product.

“I believe there is so much room in the vegan market to create things that speak to a more modern idea of what vegans look like,” she explained. “As much as I am a hippy at heart, I definitely don’t dress like one. I love luxe designs, sexy silhouettes, and color palettes that aren’t neutral. And I don’t think I’m alone.”

She continued, “I am working on a few collabs with several artists and designers and I can’t wait to show the world all that Von D shoes has to offer.”