The vegan cashmere, made from the by-product of tofu production, also has antibacterial qualities and features “superior drape and breathability.” The range features 13 pieces, including hoodies, camisoles, shawls, leggings, and leg warmers.

KD New York co-founder David Lee told LIVEKINDLY that Vegetable Cashmere production is a “closed-loop” and uses “no additional resources from the earth.”

“In all of our testing it has proven to be superior to animal fiber cashmere,” added Lee. “It has greater tensile strength, a lower pill factor, is moth resistant, and machine washable.”

“We launched this campaign on Kickstarter so we can remain independent, and reach a community that believes in true sustainability and innovation,” says Lee. The Kickstarter campaign closed on November 6, with 243 backers pledging $54,238 of the $51,000 goal.

“We passed our target with about 6 hours to go. It was a wonderful and exhilarating day, and we have you to thank for it,” Lee wrote on Kickstarter.

He added, “Of course, now, the real work begins. We embrace it with enthusiasm and humility. Thank you so much for the friendship, camaraderie, and support.”

KD New York was founded in 1980 by Lee and Tricia Kaye and has been producing dance and yoga-inspired products for nearly 20 years. According to the company, both Lee and Kaye design, knit, and manufacture products themselves. 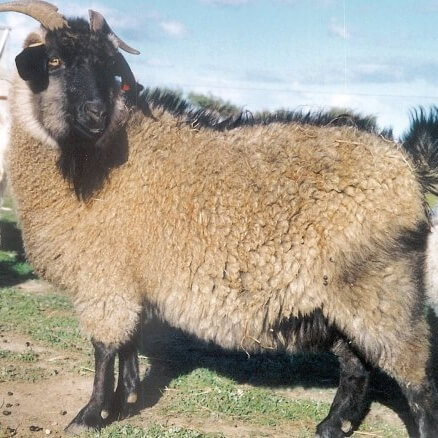 “Traditional animal fiber cashmere comes from the soft neck hair of specific breeds of goats,” says KD New York. Around 90 percent of the world’s cashmere is sourced from goats farmed in China and Mongolia.

“Surging goat populations from an un-regulated market is causing erosion and desertification of the Mongolian grasslands,” says KD New York. According to animal rights organization PETA (People for the Ethical Treatment of Animals), cashmere has the most destructive environmental impact of all animal-based materials.

Fashion and beauty retailers such as Asos, H&M, and Le Château have all dropped animal-based cashmere from their product lines.

In the case of H&M, the move followed an exposé cashmere production by PETA Asia, which released several videos and images depicting extreme violence toward animals within the industry. The videos revealed workers stepping on frightened goats while ripping out their hair with metal combs.