The Kellogg Company sells around 90 million pounds of veggie meat a year under its plant-based meat brand MorningStar Farms.

Young added that MorningStar Farms has “the highest repeat rate in the category.”

Arends calculated that MorningStar Farms earns just over $5 for each pound, meaning the brand earns approximately $450 million a year. 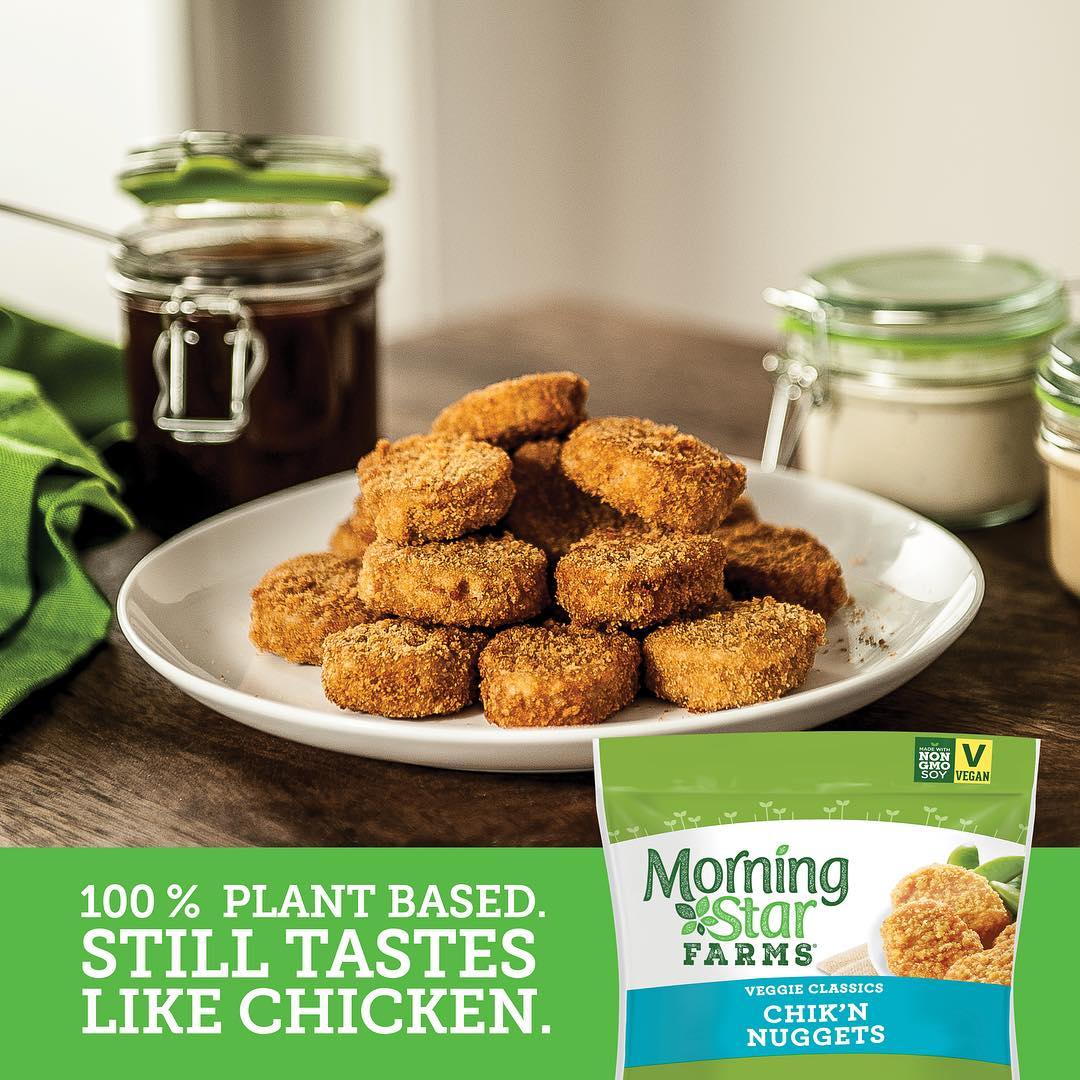 MorningStar Farms has been replacing its vegetarian products with vegan ones | image: morningstarfarms/Instagram

MorningStar Farms has long been a vegetarian brand; many of its meat-free meats include dairy and eggs, making them unsuitable for those following a vegan diet.

However, alongside the public’s rising interest in fully vegan products, the Kellogg’s subsidiary announced earlier this year that it would update its 49 retail products and 26 foodservice options to be vegan, transitioning to a fully vegan brand by 2021.

The change will remove 300 million eggs from its annual production and help the company reduce its land and water use, MorningStar Farms said.

Mel Cash, head of global marketing for Kellogg’s plant-based protein division, said the change was inspired by demand. “It’s less about having a competitive advantage and more about being able to satisfy as many people as possible who want to eat plant-based,”  Cash said.