International food giant, Kellogg’s, who are predominantly known for their breakfast cereals have announced that they will be launching a new range of vegan-friendly foods in the UK.

W.K Kellogg’s plan to release their new fully vegan cereal line January next year and will include two flavours of organic wholegrain cereals (raisin and original), two flavours of granola (apricot, pumpkin seed, coconut and cashew and almond) and a super-grains granola in a cranberry, sultana, and spelt flavour.

Kellogg’s note that they do already have a couple of foods in their existing range which are vegan. These include Crunchy Nut Fruit & Nut Granola, Fruit ‘n’ Fibre, Just Right and Raisin Wheat. In a comment to LIVEKINDLY they said: “We don’t always mark this on pack although have taken lots of feedback that we should do this.” 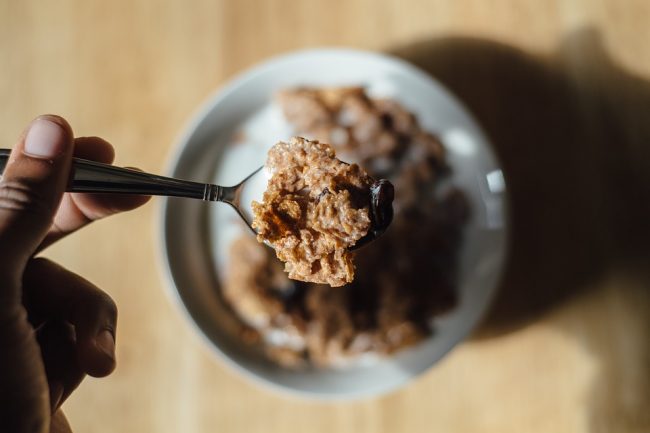 “With people increasingly seeking more plant-based foods,” said W.K. Kellogg’s brand manager Emma Birks  “the W.K. Kellogg range is crucial to our portfolio. January is a fundamental opportunity to catch consumers adopting new, more wholesome diets, and we are well positioned with W.K. Kellogg to help retailers do so.”

Whilst this is good news, there are still plenty of breakfasts to be had before January so if you’re hankering for a vegan fix-me-up and don’t have time for a tofu scramble, grab a spoon and check out this handy little list of veg-friendly cereal brands.