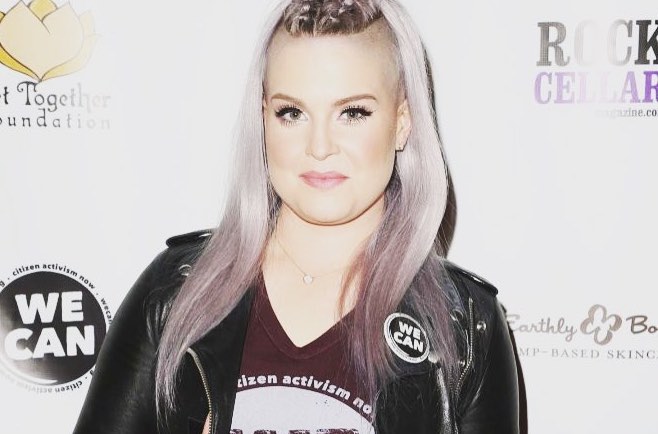 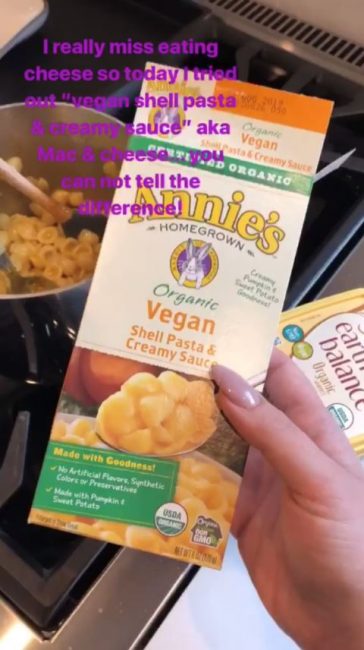 Osbourne later shared a picture of cucumber on toast, “I used to think being a vegan was boring. Now I have more fun with food now than I ever have before,” she said of the creation.

Osbourne has not confirmed her diet of choice as of late, but she is known to have somewhat of an affinity for a healthy vegan diet. In 2012, the television personality accredited her weight loss to her relationship with the vegan chef, Matthew Mosshart. Although the pair reportedly amicably split the following year, it seems that Osbourne’s love of vegan food stayed with her. 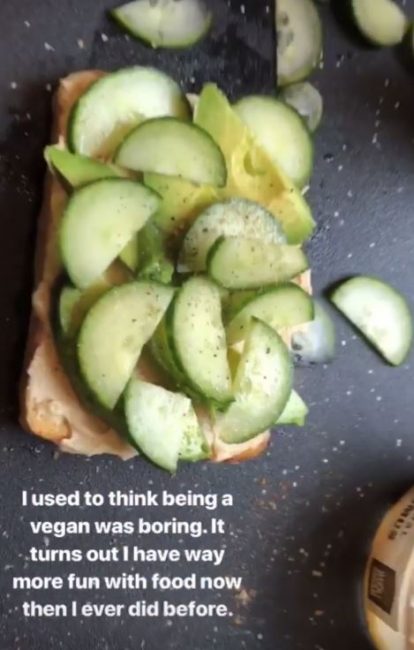 Many celebrities are opting to go vegan or actively reduce their animal product consumption. Actor Mena Suvari recently revealed she has turned her entire wardrobe vegan to mirror her vegan diet, following an epiphany moment at vegan musician Moby’s plant-based restaurant, Little Pine. Actor Kate Winslet reported she and her family keep a plant-based household, and musician Will.i.am has become an outspoken vegan advocate after recently making the diet switch for health reasons.

A growing number of people are making the switch to a plant-based diet for animal welfare, climate change or personal health reasons. A recent report found that 20.6 million animals are saved by eating vegetarian once a week over the course of a decade, making programs such as the wildly successful Meatless Monday campaign more significant than ever. Another recent report found that the food industry could feed significantly more people by cultivating plant-based crops rather than raising livestock animals for food. And in April, Harvard scientists concluded that at least one-third of early deaths could be prevented by shifting to a plant-based diet.