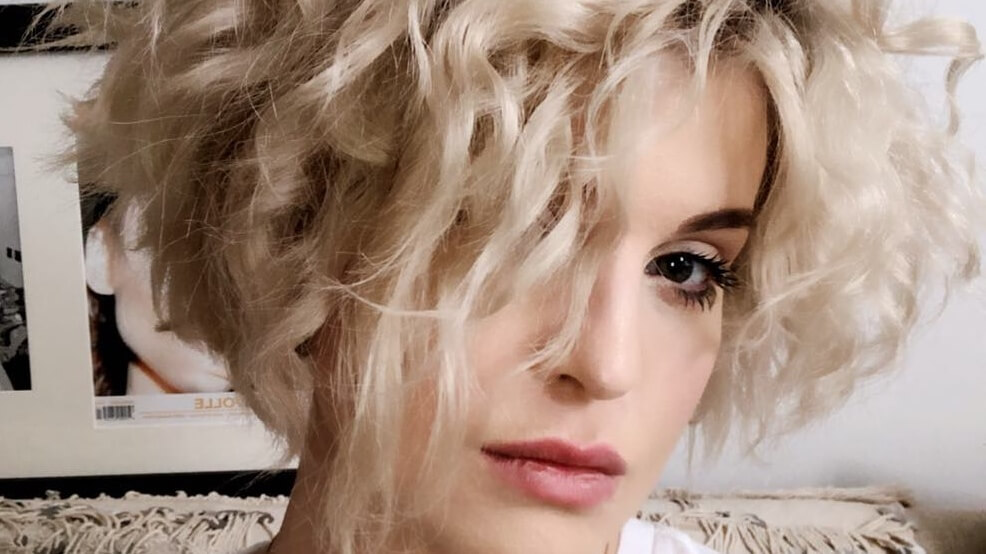 Reality star Kelly Osbourne, 33, says her 30-pound weight loss can be credited to her vegan diet and hikes in the Hollywood Hills, reports the Daily Express.

The daughter of musician Ozzy Osbourne and the CBS daytime talk show host Sharon Osbourne, Kelly says her stint in a drug treatment program in 2009 led her to come out free from drugs, but with a tendency to replace drugs with food, “I’m an emotional eater. When I get upset, my diet goes out the window,” she told the Daily Express.

After rehab, the star kept putting on weight.

Osbourne says it wasn’t until she appeared on “Dancing With the Stars” in 2010 that she learned about nutrition from her dance partner, Louis Van Amstel.

She changed her diet a bit and took up hiking, which helped lead to the weight loss following her appearance on the show, but the weight eventually came back as she continued to consume animal products. It wasn’t until she embraced a plant-based diet when she began dating vegan chef Matthew Mosshart in 2012 that the weight seemed to come off rather effortlessly — and stay off.

A number of celebrities have reported weight loss benefits when switching to a meatless or vegan diet. Actor and comedian Craig Robinson reported a significant weight loss earlier this year when he made the switch along with giving up alcohol, and actor and director Kevin Smith has dropped nearly fifty pounds since going vegan after a major heart attack. His vegan daughter, model Harley Quinn, encouraged him to make the shift. Rappers Will.i.am and Remy Ma also credited going vegan with their weight loss and overall health improvements. Beyoncé ate a vegan diet ahead of her Coachella performance in April reportedly to assist with weight loss after the recent birth of twins Sir and Rumi Carter.

Now, Osbourne isn’t shy about her diet choices. She frequently posts snaps on her Instagram account of meal favorites and experiments.

“I really miss eating cheese so today I tried ‘vegan shell pasta and creamy sauce’ aka Mac & cheese… you can not tell the difference,” Osbourne wrote in May.

“I used to think being a vegan was boring,” she wrote. “Now I have more fun with food now than I ever have before.”