LIVEKINDLY
Home Business Kelly Osbourne Is So Obsessed With Vegan Milk She Ships It In... 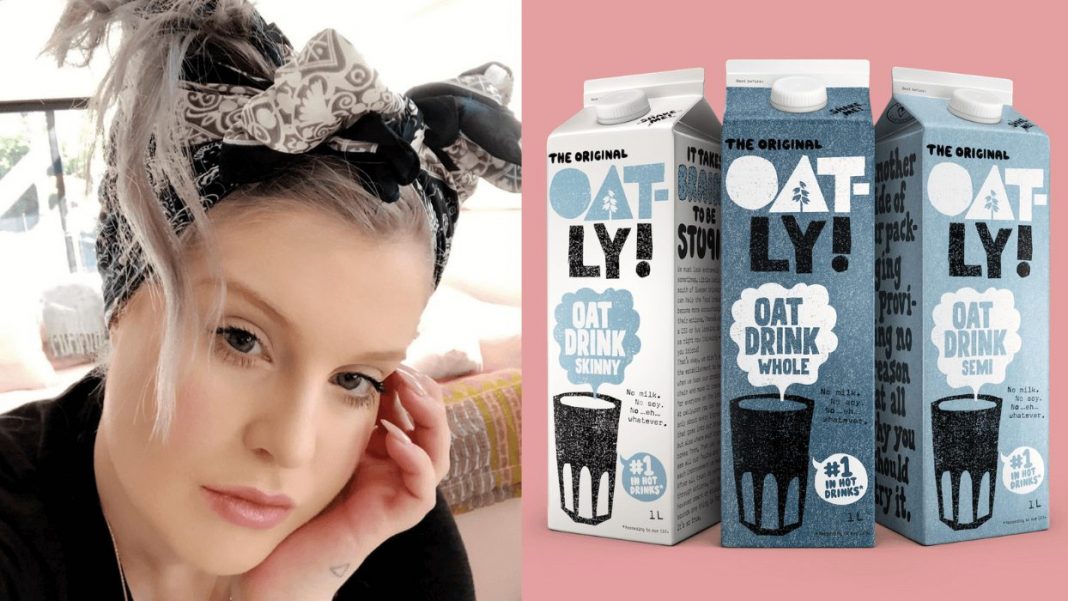 Singer-songwriter, actor, and fashion designer Kelly Osbourne loves vegan oat milk so much she gets it shipped directly to her Los Angeles home from England.

Posting on Instagram to her more than two million followers, the 34-year-old daughter of Ozzy and Sharon Osbourne shared videos with her fans of “the things you need when you cut out dairy.”

Several cartons of oat milk by vegan brand Oatly lined Osbourne’s refrigerator shelves. “Oatly changed my life,” the actress said. “I have to go to England to get this. I get it sent to me because it’s sold out everywhere here.”

Many Americans have eagerly tried to get their hands on the oaty vegan beverage, but Oatly has struggled to keep up with the demand, leading to a shortage in the country.

Other products in Osbourne’s fridge were Follow Your Heart’s egg-free Veganaise, Earth Balance’s dairy-free butter, and Sir Kensington’s Fabanaise, which is said to be the first vegan mayonnaise made with aquafaba, the water in which chickpeas are cooked.

Put on your bunny ears to show you are #ForeverAgainstAnimalTesting. Sign the petition to ban animal testing in cosmetics globally! Link in bio. #thebodyshop @crueltyfreeintl @thebodyshop #ad LINK IN @thebodyshop BIO

Osbourne – who is the author of “There Is No F*cking Secret: Letters From a Badass Bitch” – has talked about vegan food since at least 2012. At the time, she spoke about how her the plant-powered cooking of her then-boyfriend Matthew Mosshart, who is a vegan chef, helped her to get to a healthy weight. “I’m happy with how I look now. As long as I’m healthy, do exercise and eat right, that’s the main thing,” she said.

In 2018, plant-based eating was still a focus for the star. She took to Instagram to share her love for vegan mac ‘n’ cheese made by Annie’s Homegrown. “I really miss eating cheese so today I tried ‘vegan shell pasta and creamy sauce’ aka Mac & cheese… you can not tell the difference,” Osbourne wrote online.

“I used to think being a vegan was boring. Now I have more fun with food now than I ever have before,” she later said.

Osbourne’s love for cruelty-free products extends beyond her plate, too. She has publicly shown support for The Body Shop’s anti-animal testing campaign, urging her fans to sign a petition that asked for animal experimentation to be banned around the world. It earned 8.3 million signatures and was delivered to the United Nations for consideration.