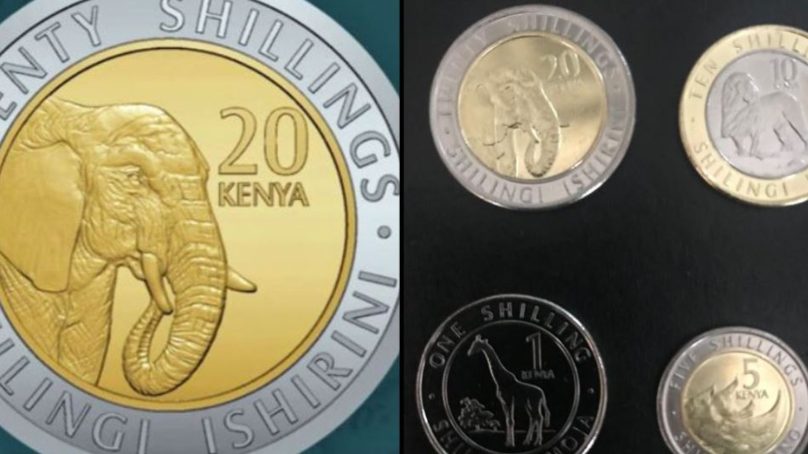 On the “new generation” one, five, ten, and 20 shillings, images of giraffes, lions, rhinos, and elephants will now be featured, replacing images of Kenya’s previous presidents Jomo Kenyatta and Daniel Arap Moi. This is in line with the constitution Kenya adopted in 2010, explains Quartz, which noted that currency should “bear images that depict or symbolize Kenya or an aspect of Kenya but shall not bear the portrait of any individual.”

The new coins were unveiled by the country’s current president Uhuru Kenyatta, who confirmed that the designs reflect Kenya’s best aspects: its natural environment and diverse culture.

He said in a statement, “A nation’s currency is not merely an instrument for exchange of value. The motifs and design elements on currencies present a unique way of recording history, celebrating a country’s diverse culture and natural environment. The new coins have aspects that best describe our country.”

I am delighted to have unveiled the new generation coins at the CBK today. Our nation has come a long way in making this big change, in line with our Constitution. I applaud the CBK for finally making this a reality. pic.twitter.com/cWrbPeoraO

The nation’s wildlife and national parks are not only a source of great pride for Kenyans, they’re also a vital part of the country’s economy, bringing in crowds of tourists every year. In 2017, more than 2.3 million people visited Kenyan national parks and game reserves.

But its animal populations are struggling, largely due to poaching. In 2017, 69 elephants were killed as well as nine rhinos from a population that is lower than 1,000. For the latter, this rate of poaching cancels out the rate at which the population is growing

Many Kenyans care deeply about the country’s wildlife. In May, a controversial new measure to punish poachers was proposed, in the form of capital punishment. According to Najib Balala, the Kenyan tourism and wildlife minister, not enough was being done to protect the country’s precious wild animals.

“We have in place the Wildlife Conservation Act that was enacted in 2013 and which fetches offenders a life sentence or a fine of US$200,00. However this has not been deterrence enough to curb poaching, hence the proposed stiffer sentence,” he explained.