Kenya has announced wildlife poaching in the country has dropped by 90 percent in just six years.

Enhanced surveillance has helped protect animals against poaching, says Kenya’s Wildlife Services (KWS). Strong penalties for those caught have helped deter people from turning to poaching, and community engagement is also a factor.

The director-general of KWS John Waweru told Xinhua at the end of 2019, “in appreciation of the critical role the wildlife sector plays in national development and security, the government has enhanced its investments in anti-poaching and law enforcement operations.”

“As a result, Kenya has been able to reduce the level of poaching of iconic species by over 90 percent in the last six years,” he continued.

“Our law enforcement units have embarked on structure engagement with local communities, private ranches, and other conservation stakeholders to counter poaching threats and other wildlife crimes.” 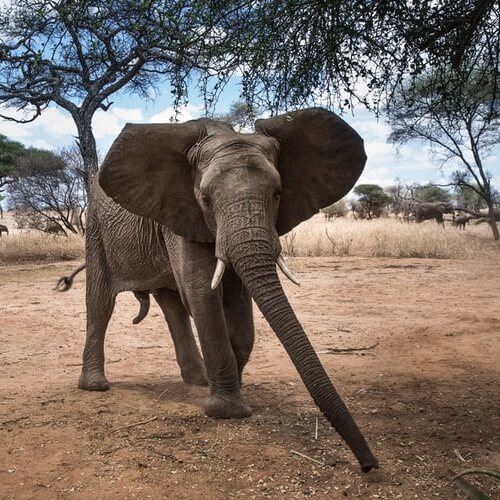 Elephant poaching has declined in Kenya.

Across Africa, countries are working to eradicate poaching for good. In North Luangwa National Park, Zambia, elephant poaching has virtually ended. The park is home to nearly two-thirds of the country’s elephant population.

He told Mongabay last year, “if we really want to protect these large landscapes, we have to ensure full community engagement and ownership and their access to the revenue from them.”

He added, “our strongest form of defense is the local community.”

“I think [Connected Conservation] is particularly well suited to Africa,” Bruce Watson, a conservationist and group executive of the Cisco Alliance at Dimension Dat, said last year. “What we’re looking at doing is saving the rhino, elephant, lion, and pangolin, and all species that are endangered.”