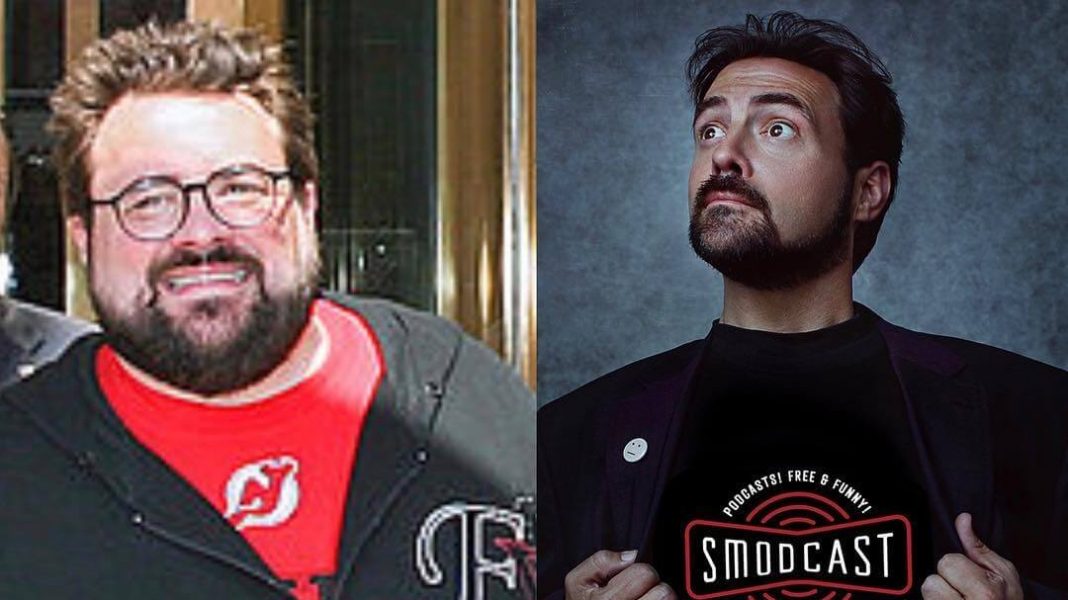 Filmmaker and near-fatal heart attack survivor Kevin Smith has shared before and after images of his vegan weight-loss transformation.

Participating in the trending #10YearChallenge, that sees people posting pictures of themselves from 2009 and 2019 on social media, Smith revealed his dramatic weight loss between the two dates. As well as hiking and Weight Watchers, Smith credited going vegan for the change.

His #10YearChallenge post isn’t the first time Smith has credited veganism for his improved health. In August 2018, following his switch away from animal products, Smith took to Instagram to show off other before and after images of his weight loss. “I’m very near the goal weight I was told to shoot for after the heart attack,” he told fans, which he experienced in early 2018.

Smith again mentioned Weight Watchers but credited the weight loss predominately to his vegan diet. He thanked Ray Cronise, author of “Idiot’s Guide: Plant-Based Nutrition,” and magician Penn Jillette, who turned him onto the diet.

Since then, Smith has raved about the benefits of his new diet. He told podcast host Joe Rogan that after one month of plant-based eating, his lab tests produced such “fantastic” results that doctors reduced Smith’s Lipitor cholesterol medication by half.

But the filmmaker is keen to emphasize that he can still enjoy delicious food. He raved to Rogan about LA’s vegan Crossroads Kitchen, which makes plant-based meatball subs “so good I’d suck a [expletive] for one,” said Smith.

Additionally, the filmmaker enjoys the vegan food at Veggie Grill so much that he asked them to open a restaurant in his hometown of Red Bank, New Jersey. He also requested that they add a vegan pizza to their menu. The star tweeted: “Dear @VeggieGrill – You are perfect. Change nothing. Okay, maybe change one thing: add a Vegan pizza. But even if you don’t, you’ll still have the undying loyalty of the Jersey-born demographic.”

It seems that Smith is out to prove to the world that vegan pizza and weight loss can – and should – coexist.