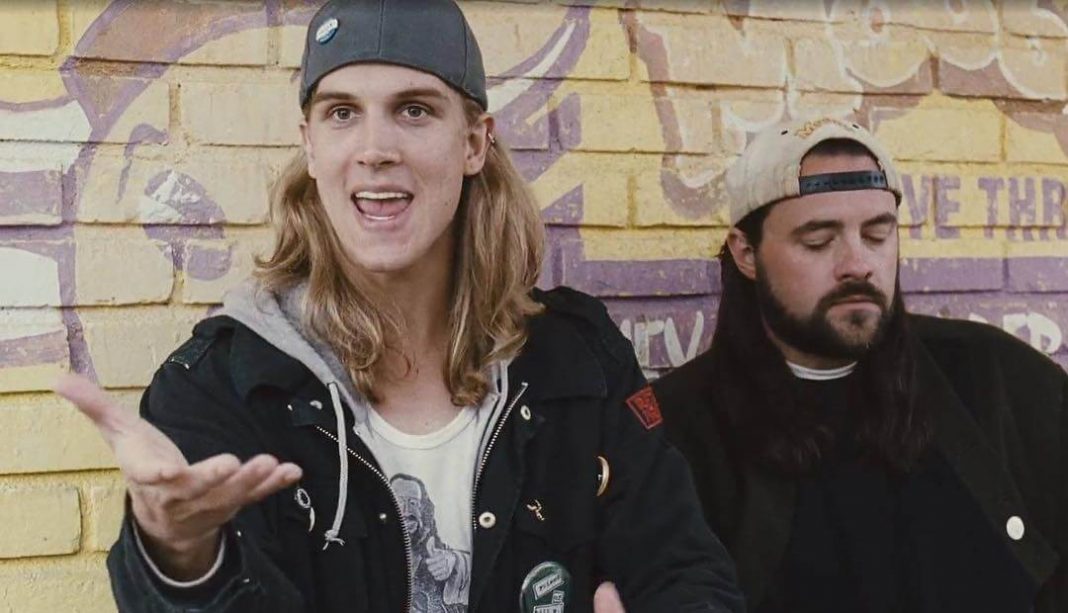 The deal is in a partnership with cannabis producer Chemesis, which will personify the film characters’ strains with high-quality cannabis. “The green is spectacular,” Smith noted.

Back in the day, @jayandsilentbob used to sell weed in the movies. Now, thanks to the good folks at @chemesis.tv , Jay and Silent Bob are selling weed in real life! This January Jay and Silent Bob’s Private Stash debuts in every weed-legal state and every weed-legal store they can lean against! Smoke some Snoogans (an Indica)! Blaze some Berserker (a Sativa)! Or go both ways with Snoochie Boochies (a Hybrid)! The green is spectacular but also: look at the gorgeous artwork and presentation @artofthehustler Adam put together! The pre-rolls come in collectible containers that fit into Quick Stop Dispensary and THC Video display cases! The #chemesis kids brought me out to the #mjbizcon where we made the announcement and I played with the prototypes! We start with pre-rolls, 5 packs and jars of flower, but next up? Oils and Pet CBD’s! In 2019, say hi to Jay and Silent Bob’s Private Stash! It’s no longer a secret and it’ll bowl you over! #KevinSmith #jayandsilentbob #jayandsilentbobsprivatestash

“We’ve been looking to partner with people who have a lot of leverage and are very prominent in the cannabis community,” Ranbir Kalan, from Chemesis’ Investor Relations told the Daily Hive. “He’s a great filmmaker, he comes with a great legacy behind him, so this partnership brings great credibility in being a high-quality supplier of cannabis products.

Smith, who suffered a massive heart attack at the beginning of 2018, is set to release the next installment of the duo’s film series, “Jay & Silent Bob Reboot,” this year.

The wall-leaning characters debuted in Smith’s first film, the 1994 classic, “Clerks.” The drug dealing duo appeared in subsequent Smith films, including their own feature, 2001’s “Jay & Silent Bob Strike Back.”