In a bid for transparency, KFC has admitted to poor welfare conditions in its supply chain. It disclosed its chickens suffer from painful inflammation.

The fast-food chain made the revelation in its first-ever chicken welfare report.

Released in July, the report stated that more than a third of KFC’s chickens in the UK and Ireland suffer from footpad dermatitis (FPD). The condition is characterized by inflammation and lesions on chickens’ feet.

FPD can occur due to poor health, feed, or living conditions, such as the prolonged walking on wet floors due to urine and feces buildup. FPD can result in a chicken’s inability to walk normally.

KFC admitted that while some of its birds have foot lesions, the number of chickens suffering from FPD has decreased from 50 percent to 35 percent in the past four years. The fast-food company says only 15 percent of chickens from its top suppliers suffer from FPD.

“They have a lot of progress to make, but we’re very happy that they’ve come out with this level of public data and transparency which they can now be held accountable on,” Lindsay Duncan, campaign manager for animal rights organization World Animal Protection, told The Guardian. 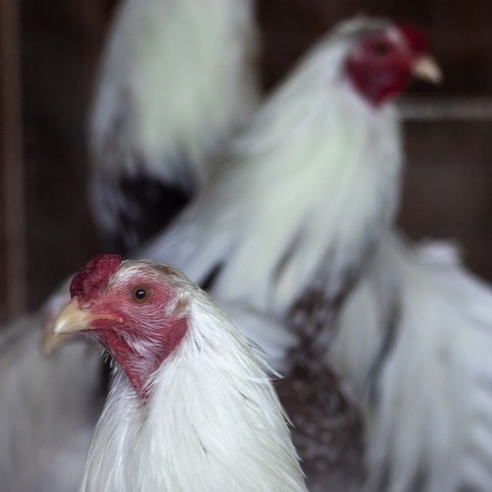 In addition to FDP, KFC revealed ten percent of its chickens suffer from hock burn. Hock burn occurs when ammonia from bird waste burns through the skin of a chicken’s leg.

Factory-farmed chickens are typically fattened up and slaughtered just 30 days after they are born. They often become so large that their legs cannot support their weight. The report explains that intense growth rates have increased health problems in chickens.

In order to promote better welfare standards, KFC said it wants its supply chain to use slower-growing chicken breeds. It also plans on decreasing stock density on chicken farms.

“Reducing stocking density is a big factor in footpad dermatitis because fewer chickens means more space for the birds to move, less litter around, and better ventilation,” Duncan said.