KFC is launching vegan chicken across all 900 UK locations on January 2.

According to Vegan Food UK, a new vegan burger named The Zero Chicken Burger will launch in January at the fast-food chain. The publication wrote on Instagram, “we also hear they are setting up vegan specific areas in their prep areas to save any mix-up – let’s hope so!”

The accompanying image shows a billboard advertising the new burger — which will be a Quorn patty coated in the company’s signature 11 herbs and spices — which was spotted in Lewisham Station in South London.

KFC UK has been teasing vegan options throughout the year. “Veganism as a trend has really blown up. We’re currently in the process of working on both vegetarian and vegan options in the innovation kitchen here in our head office,” Jack Hinchcliffe, innovation director at KFC, told the Telegraph last March. 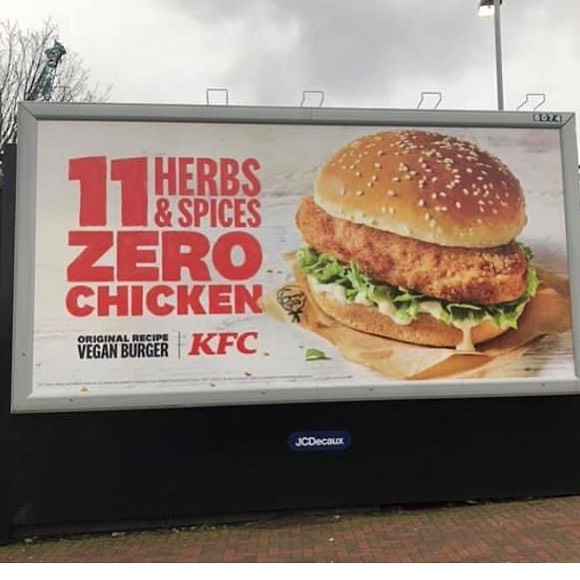 A billboard for the new vegan burger is in Lewisham. | Vegan Food UK

He guaranteed that it wouldn’t be a bean patty because, “That lets down vegans,” suggesting that the fast-food chain may have vegan fried chicken in the works.

KFC first announced its intentions to trial meatless chicken last May in a bid to offer consumers healthier options. “As obesity crisis rumbles on fast food chain say they want customers to reach their five-a-day and they will soon trial a vegetarian alternative to chicken,” per the Mirror.

“We know people are more passionate than ever about eating well, and we face a big challenge in shifting their perceptions of what we offer,” said Victoria Robertson Head of Food Innovation for KFC UK.

“We’ve done it before, though – the success of our Riceboxes has shown that our fans will go for lighter options from us,” Robertson continued. “That said, we know any new menu and recipe changes will have to be just as tasty as today.”

The company pledged last year to reduce its calorie count per serving by as much as 20%. It is also creating a range of lunch and dinner options that will all be under 600 calories. It is also trialing offering vegetable-based sides for free, instead of french fries.

She added, “Our programme will not only provide our customers with an amazing, tasty range of healthier lunch and dinner dishes, but we’ll also be helping find ways to support them to make the lighter choice.”

According to MacKenzie, “Everyone in the food and drink industry, from fast food to traditional restaurants, is being scrutinized for the nutritional content of their meals. As an industry leader and world-famous brand, we know that we bear a responsibility to help move the sector forward.”

The chain is also working to reduce its salt, fat, and sugar content, following the World Health Organization’s recommendations. According to the KFC website, it aims to cut “salt by as much as 50% across our menu, cutting saturated fat levels in our frying oil by 10%, and slashing calories in our drinks.” 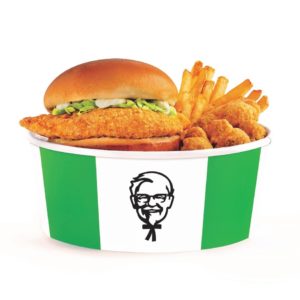 KFC US and Canada have trialed vegan chicken.

KFC Around The World

Though KFC UK is only just beginning its journey into vegetarian food, other locations have already launched trials. Last August, KFC US trialed vegan chicken in partnership with Beyond Meat at a store in Atlanta. The one-day-only event attracted a line down the street and sold out after five hours. KFC Canada trialed Lightlife vegan chicken earlier this month, finding similar results. The store sold out within six hours.

Vietnamese branches made headlines last year by launching two new fully vegan options.  The meals, which included a vegan sandwich and a rice bowl, are only marked as vegetarian on the brand’s website. However, a post on online discussion forum Reddit shows the options being advertised as vegan. The options were only available at branches during the Lunar month of July.

Whilst the world waits for vegan chicken to arrive at KFC, the Veganuary website lists which options are already vegan at franchises. However, it does advise checking, as according to a statement from KFC “Some of our stores have small kitchens with no room for dedicated cookers, which we’d need for a completely vegetarian menu option.” 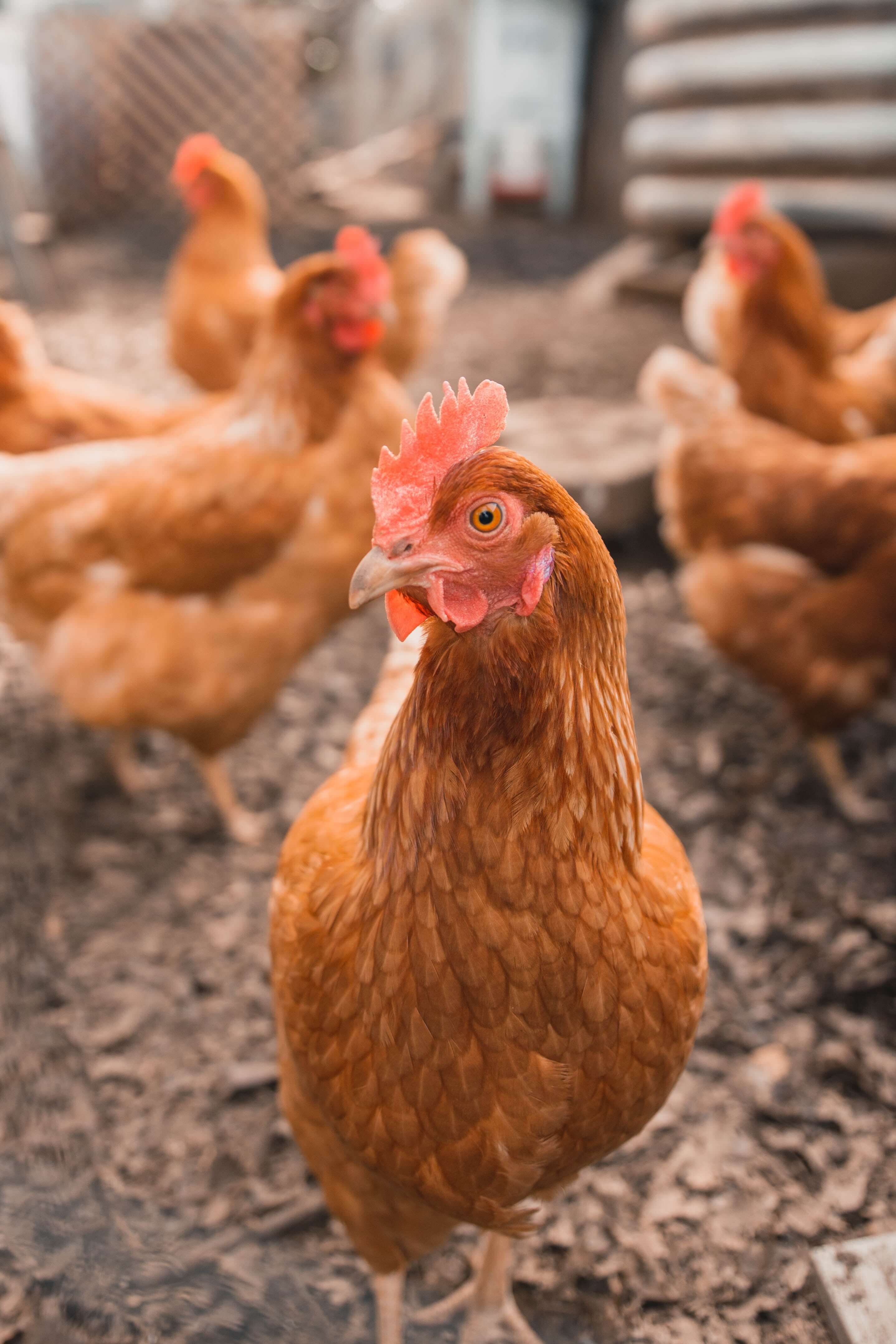 KFC has come under fire for its treatment of chickens.

The fast-food industry has regularly come under fire regarding its animal welfare standards. Organizations such as PETA, World Animal Protection and Greenpeace have spoken out against KFC, amongst other restaurants.

In 2001, PETA launched its “Kentucky Fried Cruelty” campaign, in an attempt to shed light on the chain’s practices.  Its dedicated website includes a timeline of its efforts to engage with the brand to improve animal welfare standards.

Originally, KFC appeared to work with PETA, even appointing recommended animal welfare scientists as expert advisors. However, the animal rights organization reported that beyond the initial effort nothing had been done, even two years later.

One of the former advisors, Dr. Adele Douglass told the Chicago Tribune, “[KFC] never asked any advice, and then they touted to the press that they had this animal-welfare advisory committee. I felt like I was being used.”

As a result, in 2003, PETA called for a boycott of the fast-food restaurant and filed a false-advertising lawsuit. Since then, multiple celebrities have spoken out against the brand, from Pamela Anderson to Ryan Gosling.

KFC made headlines last year for its new advert featuring DMX’s “X Gon’ Give it to Ya”. Entitled “The Whole Chicken”, the advert was branded “disgusting”, “distasteful” and “a misfire”.

PETA director, Elisa Allen told the Independent “Did KFC get the idea for its new ad from PETA’s ‘I’m Me, Not Meat’ chicken ad?”

She added, “It certainly looks as if we designed it, because it challenges anyone thinking of eating chickens to look these smart, sociable, sensitive, and beautiful birds in the eye and recognise that they’re individuals, not body parts to be battered as nuggets.” 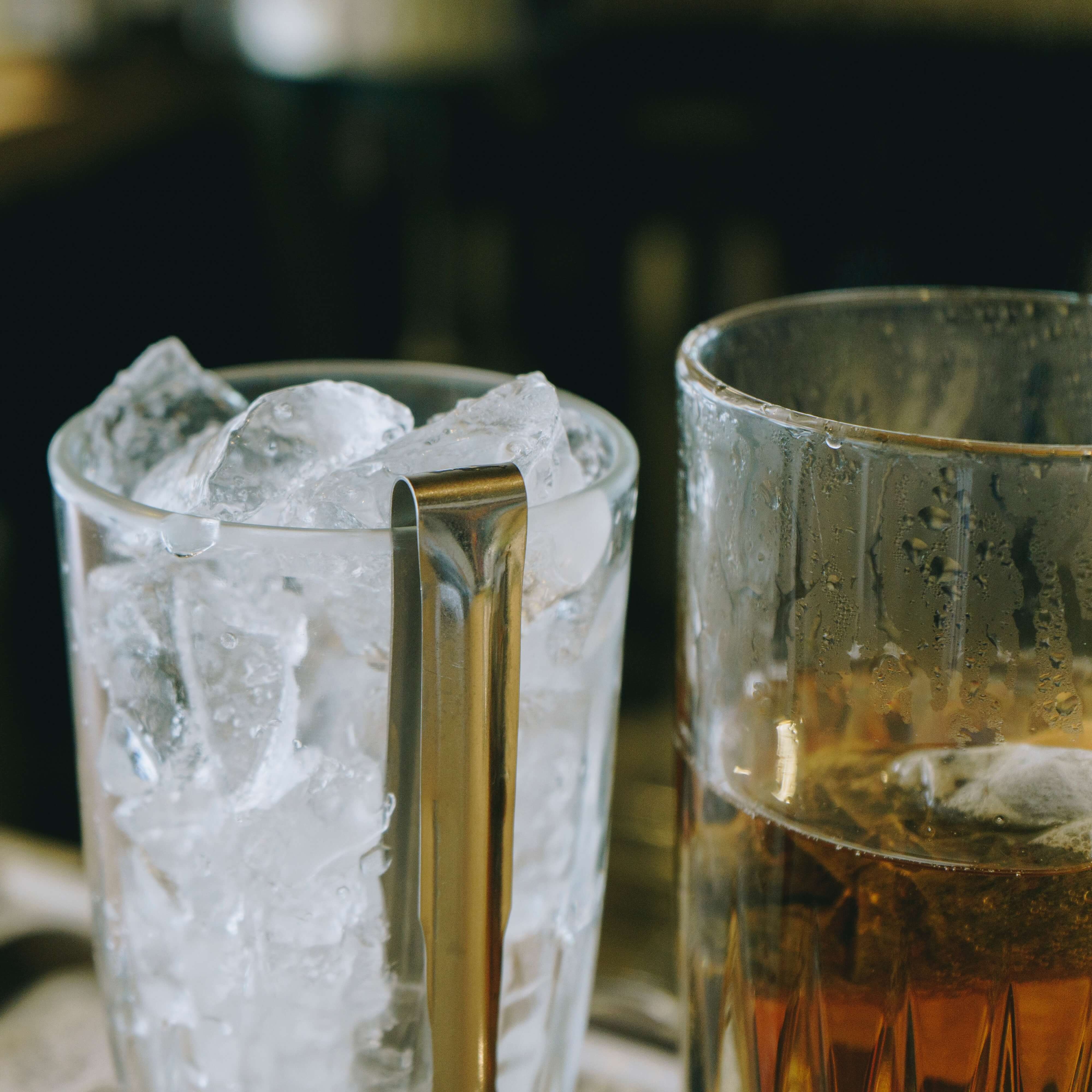 KFC sparked health and safety concerns with its ice machines.

Not only has KFC’s animal welfare policy come under fire, it’s health and safety standards have also come into question.

A 2017 study by BBC’s “Watchdog” programme found evidence of fecal bacteria in ice samples from the chain. The Independent reported that of seven samples found to contain the bacteria, five were found to have “significant” levels.

According to DEFRA guidelines, Coliform bacteria should not be present in water destined for human consumption.

Tony Lewis, head of policy and education at the Chartered Institute of Environmental Health told the Liverpool Echo that the findings were “extremely worrying.”

KFC responded to the findings by saying “We are shocked and extremely disappointed by these results,” adding that there are “strict procedures for the management and handling of ice, including daily and weekly inspections and cleaning of the ice machine and storage holds.” 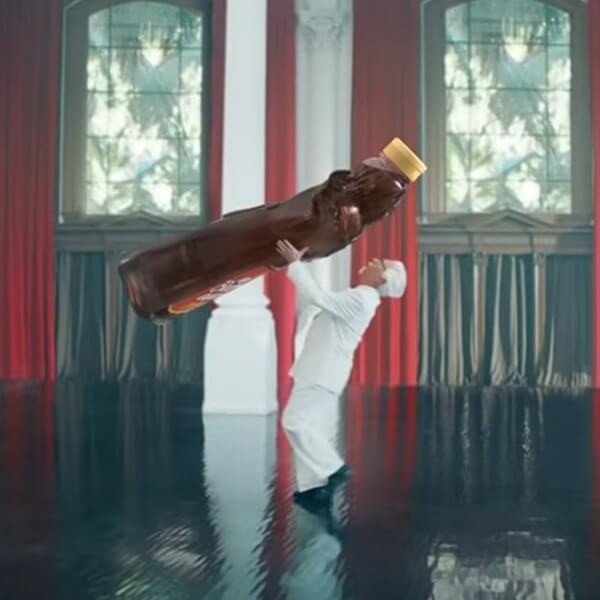 “The Whole Chicken” advert isn’t the only bizarre promotion the brand has published. Towards the end of last year, it ran a Dirty Dancing “tribute” to promote its new chicken and waffles with syrup combination.

The advert showed the infamous Colonel performing the Dirty Dancing lift with a bottle of Mrs Butterworth syrup. Alongside this odd version of the dance, a second spot was published on social media which showed the two corporate mascots leaning in for a kiss. Presumably, the aim of the advert is to flout commercialism with the collaboration between two of the biggest brands in the U.S.

Something Awful ranked Mrs Butterworth’s syrup as the fifth-worst corporate mascot. The website noted “Aunt Jemima takes all the heat for the racist “mammy” stereotypes, but it’s the maple madam Mrs. Butterworth who really should be raising eyebrows.”

It continued, “Butterworth is a coattail rider, trying to capitalize on the fat and sassy success of Jemima with her breezy post-slavery incarnation. Jemima dates back to the 19th century. She was (sort of) a real person. This Butterworth imposter doesn’t know what it’s like to limp out of the cotton field with raw hands and have to fix juleps for a sweaty old white guy guarding a secret recipe.” 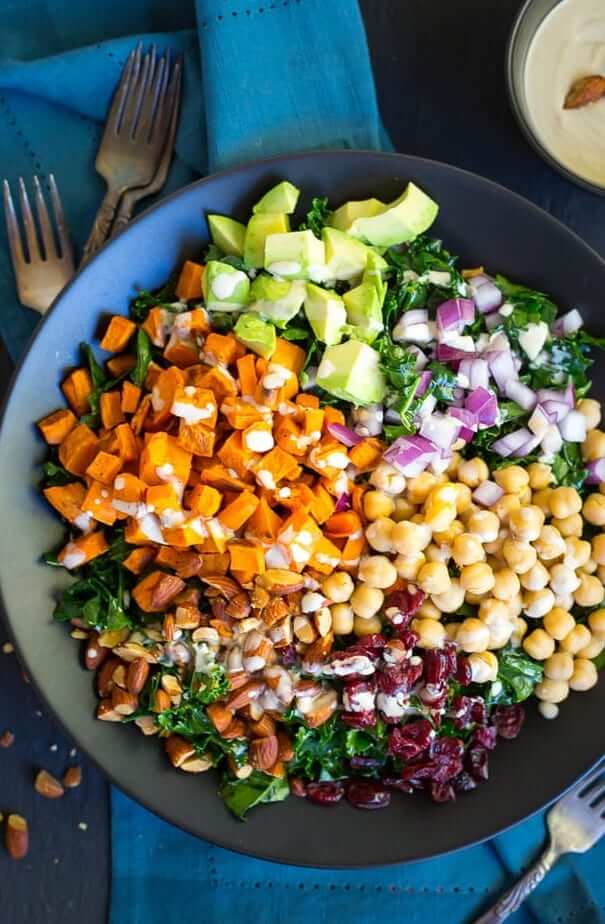 A growing number of consumers in the UK are already choosing healthier options.

Vegan food, in particular, is on the rise with a number of vegan chicken options available at restaurants across the region such as the popular Temple of Seitan.

A growing number of mainstream restaurant chains are creating healthier vegan menu options. TGI Fridays in the U.S. is serving the popular Beyond Burger, and in the UK it recently launched a comprehensive vegan menu.

But the biggest game-changer may be the UK’s supermarket leader, Tesco.