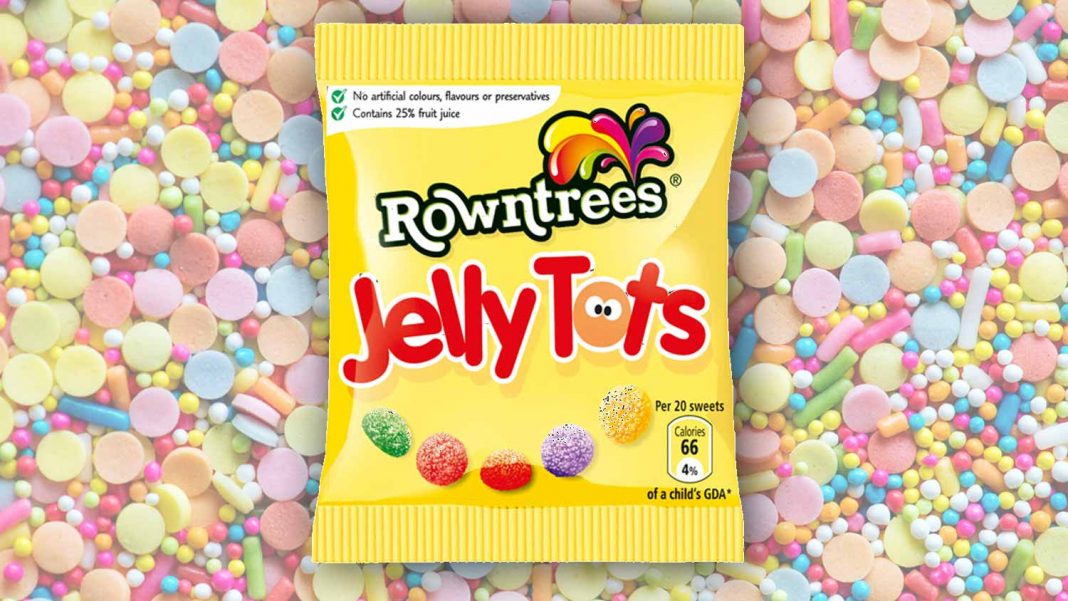 Rowntrees’ Jelly Tots – a favorite childhood sweet of many – are now officially labeled as vegan on the packaging.

Although the sweet does not feature any animal products in the ingredients list – for instance, gelatin, which is derived from the bones of cows and pigs and found in many jelly-like sweets – it hasn’t been marked as such until now.

According to Todd Bradbury, Animal Aid’s campaign manager, the process is beneficial for everybody. “Firstly, it enables those of us who avoid animal products entirely to easily find which products are vegan,” he explained. “Secondly, it also helps non-vegans realise how many delicious vegan options there truly are to choose from.”

Rowntrees follows in the footsteps of Nestlé, which recently introduced “Forever Vegan” labels to its Shreddies cereal boxes.

Rowntrees’ Jelly Tots prove that tasty popular candy doesn’t have to include animal products, like gelatin. According to the brand, these “lovely little fruity-flavoured dots in five tasty flavours” are made from sugar, glucose syrup, and fruit juices.

It notes on its website, “with real fruit juice and no artificial colours, flavours, or preservatives, [Jelly Tots] are perfect for a moment of child-like playfulness, whatever age you are.”

According to a study from last year by Mintel, the vegan candy market is growing, with new product launches increasing by 140% from 2013 to 2018.

“A shift away from animal products is currently underway,” said Mintel’s food and drink director of insight in a statement. “After a boom in other categories, the vegan and vegetarian trend can now be seen in both chocolate and sugar confectionery.”