You can play as a realistic-looking block of tofu in the upcoming remake of Capcom’s best-selling survival horror game, Resident Evil 2 (RE2).

A Brief History of Tofu in Resident Evil 2

As it turns out, Tofu (yes, that’s his name – he even has his own page on the Resident Evil fan wiki) is a returning character. In the original 1998 game, Tofu was a secret character that Capcom included in order to test the game’s collision detection.

Long story short, gamers could play as Tofu in a minigame called Tofu Survivor, where the main objective is for the bean curd to evacuate Raccoon City, armed with nothing but a knife and a handful of herbs, in a timed challenge. Many consider it to be more difficult than the struggles faced by the lead characters, Leon S. Kennedy and Claire Redfield.

How Do You Unlock Tofu in the Resident Evil 2 Remake?

Unlocking Tofu in the original game was no easy feat. In order to do so, you had to have completed the Leon A/Claire B storyline three times with an A ranking. You also had to unlock The 4th Survivor minigame. Capcom hasn’t revealed whether or not it’ll be the same in the remake. 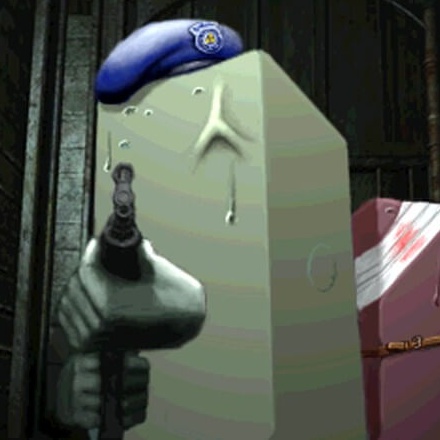 With the release date fast-approaching, many die-hard RE2 fans have been wondering if the team at Capcom would grace us with a Tofu return and boy, did they deliver.

Capcom revealed the extra-firm secret character’s return this week, when it released the game’s “1-Short Demo” and an exclusive trailer, according to Polygon. The newly-rendered Tofu is now possibly a full-fledged member of the S.T.A.R.S team and looks more realistic than ever.  Does anyone else feel like this tofu-loving guy right now?

No longer just a perfect white block with hands, the vegan protein hero of RE2 now has a shiny appearance, like tofu just removed from the packaging – talk about a glow-up. It also looks like enemies have literally taken a bite out of Tofu when he takes damage. 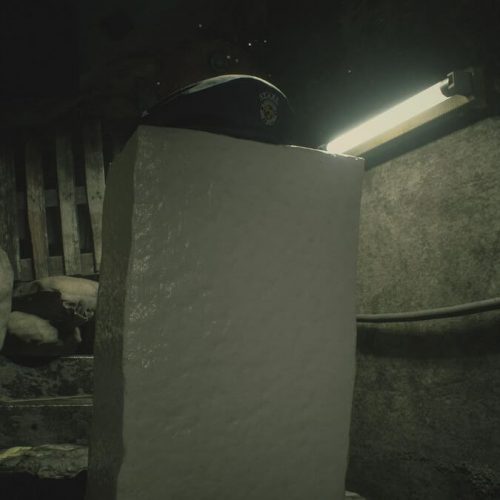 Capcom also took his floating hands, which he used to wield a knife. Now, weaponry appears to float at his side. He’s now better-equipped to handle zombies (is killing the undead vegan?), according to screenshots that show the options for a minigun, a rocket launcher, a submachine gun, and a chopsticks. But, it’s worth noting that the demo doesn’t necessarily reflect the final game.

This is where things may get spoiler-y, so continue at your own discretion.

Footage from the PC demo also revealed that there may be additional character skins for Tofu, all vegan: Uiro (a type of mochi), Annin (a jellied dessert made from agar and almond milk), Konjac (a low-calorie gelatin-like food used in savory Japanese dishes), and Pudding (pudding can be made vegan). Fans are hoping that Tofu has a better ending in the RE2 remake than in the original game, where the character Hunk cooked him in a vegan hot pot after he fought off a zombie hoard.

Resident Evil 2 launches on PlayStation 4, XBox One, and Windows PC on January 25.