The 38-year-old KKW Beauty founder shared a photo of her daughter North playing dress-up with a fluffy white fur coat. “Remember when I wore this! She picked out the same look lol but fun fact- I took all of my fave furs and remade them in faux fur,” Kardashian wrote to her 141 million followers.

According to Metro, the celebrity shared that she was attending a high school reunion party. The group’s celebration expanded to Las Vegas where Cher was performing in concert.

“I’m here in Vegas to see Cher,” Kardashian said in her Snapchat story and proceeded to show her fans her Cher-inspired look. The outfit replicated an outfit the musician wore in 1974 for a production of “The Rocky Horror Picture Show.”

The original outfit featured fur trimmings, however, referring to the modern version, Kardashian was quick to comment, “You guys, it’s faux fur.”

Increasingly, the world is going fur-free. Donatella Versace, the head of Italian fashion label Versace, recently announced the brand is ditching fur. “Fur? I am out of that. I don’t want to kill animals to make fashion. It doesn’t feel right,” Donatella said in an interview.

The fur-free decision is out of character for Kardashian, who has previously sported animal skins and fur both in public and on the star’s Instagram, which has 110 million followers.

“I’m writing to ask you to extend your compassion to real fashion victims—the animals who are violently killed in the fur trade—by swearing off fur this winter,” Anderson wrote. 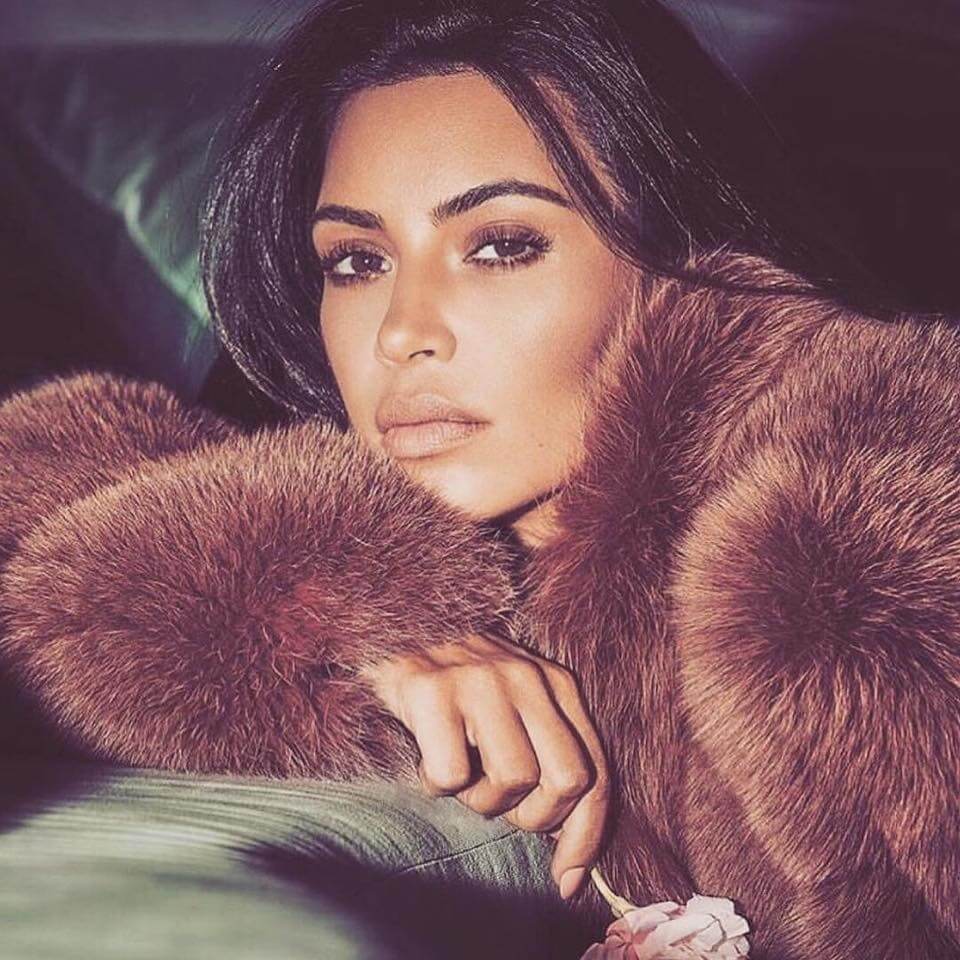 Anderson described the “beyond cruel” conditions that animals endure in order to supply fur to the fashion industry. “Investigators have witnessed and documented that foxes are electrocuted, dogs are bludgeoned to death, and raccoon dogs are skinned alive,” Anderson wrote.

“Times are changing,” Anderson said. “You know I love you and you can be a hero for animals as well as a great example to all your beautiful followers.”

Kim isn’t the only Kardashian moving away from animal products. Kim’s co-star and sister Khloé revealed that since her pregnancy, she finds meat “absolutely disgusting.” Khloé added she had, by default, become “somewhat of a vegetarian during pregnancy.”

“I wonder how I’ll feel about it after I give birth!” she commented in April 2018.

Kim and Khloé’s sister Kourtney Kardashian also revealed she opts for non-dairy cheese for both herself and her children.