The “Keeping Up With the Kardashians” star just shared a snippet of what she’s been eating on her Instagram Story. A photograph shows a bowl of muesli and fruit, two plant-based sausages, and a vegan egg scramble. Kardashian captioned the Story “vegan.”

The CEO of JUST Josh Tetrick reposted Kardashian’s image on his own Instagram, letting his followers know that the scramble was made out of JUST Egg.

The plant-based egg is made with mung beans. It contains no saturated fat, trans fat, or cholesterol. JUST also makes egg-free mayonnaise out of yellow split peas. 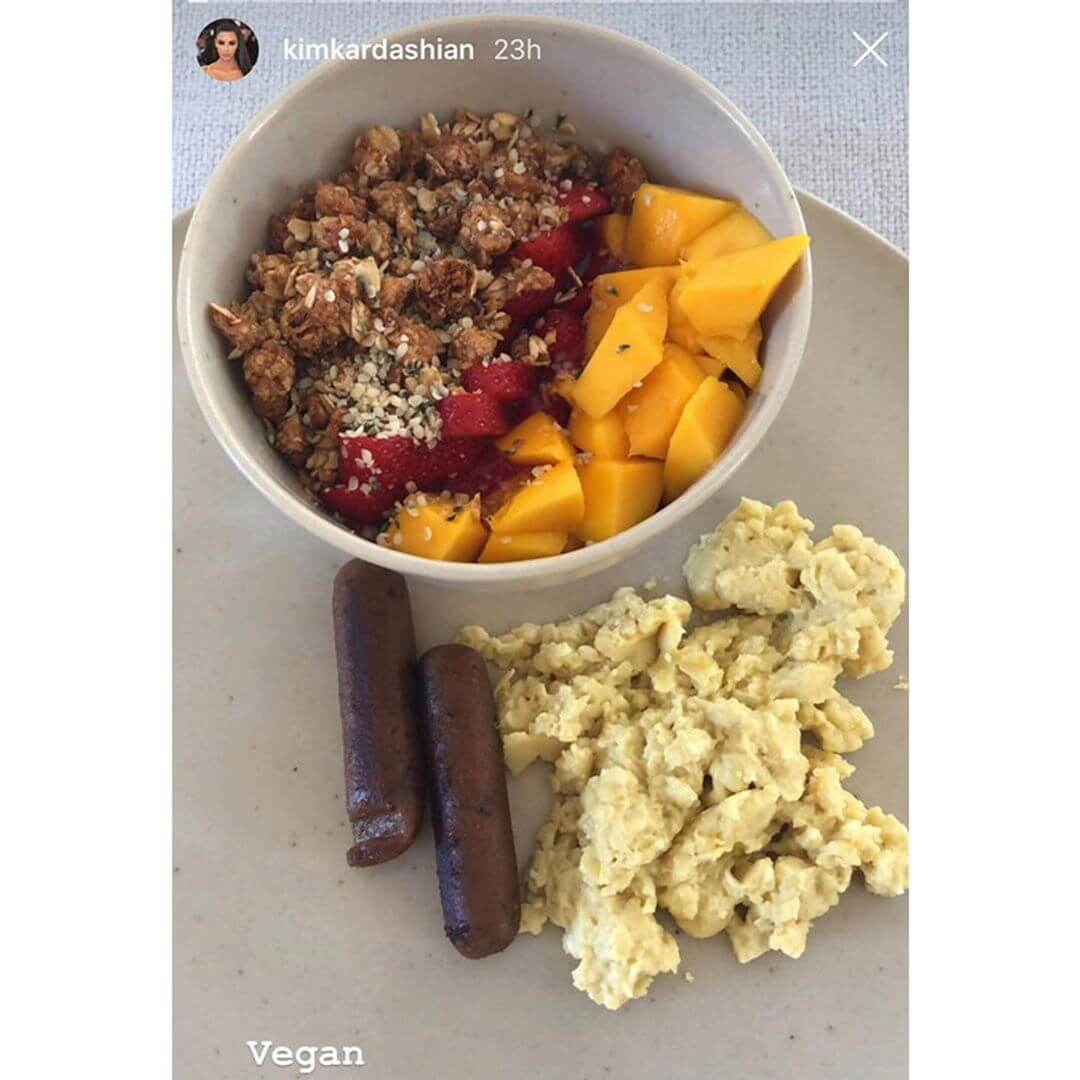 Late last month, Kardashian shared another picture of a vegan breakfast. “Plant based life,” she wrote on a photo of avocado toast, meatless breakfast sausage, and egg-free scramble. She paired the breakfast with a sea moss smoothie.

Also known as Irish moss, sea moss is a species of iodine-rich red algae that grows in the cold, rocky waters of Europe and the east coast of North America. It’s also used to make industrial carrageenan, a thickening agent many brands add to plant-based milk. 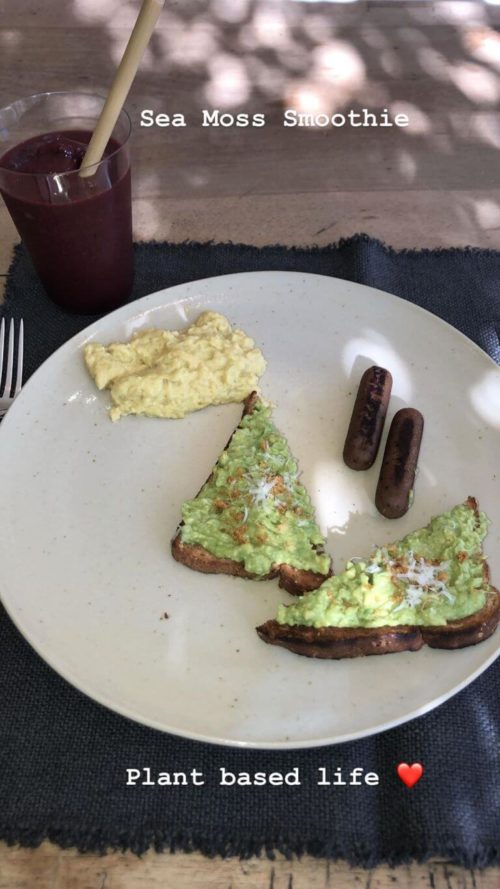 The 38-year-old reality star and businesswoman is yet to announce a change to her diet. She followed a low-carb diet for many years, but reintroduced grains once she began training with bodybuilder Melissa Alcantara in 2017, according to Livestrong.

Alcantra helped the now-aspiring lawyer adopt a strength-focused workout routine and revamp her diet. Kardashian, then a mother of two, bonded with Alcantra over having children.

“When we met, Kim told me she’s tired of doing little diets,” she told PEOPLE in February 2018. In May 2018, Kardashian was criticized for having a “toxic influence” on young girls by promoting appetite-suppressing lollipops. Last January, she received similar backlash when she promoted “flat tummy” shakes on Instagram.

“She didn’t want to be skinny. She wanted to have muscle and feel strong,” Alcantra continued. “And she wanted to find something she can do for the rest of her life. I totally understood where she was coming from.”

Alcantra’s meal plan for Kardashian included meat (lean beef, chicken, bison, and salmon according to her now-defunct app’s grocery list), but emphasized a balance of carbs, protein, fats, and big servings of vegetables. Processed foods were limited: “I want her to eat real food that’s cooked every day. Most likely if it comes out of a box, it’s not going to be good for you. She’s eating well and she feels good.”

As well as her dietary shift away from meat and eggs, Kardashian could be leaning away from animal products in other areas. Her beauty brand KKW Beauty, doesn’t test on animals and is vegan-friendly. Her fragrance brand is all vegan.

In May 2018, Kardashian announced on Instagram that she had given up fur in favor of faux, thanks to vegan actor and activist Pamela Anderson. This month, she revealed that all of her fur coats have been remade as faux.