American rock band Kiss will perform a gig for great white sharks to raise money for a conservation charity.

The performance will take place thanks to a partnership between Kiss and Airbnb.

Airbnb worked with World Animal Protection, a global animal welfare non-profit, to develop guidelines to ensure the animals involved were safe at all times.

The Kiss performance was the first Airbnb Animal Experience to be announced. The rock band will perform on a boat near Port Lincoln, South Australia. Matt Waller, owner of Adventure Bay Charters, and shark expert Dr. Blake Chapman will host the event.

Kiss will perform on the deck and the music will be projected down into the sea. According to Airbnb, the sounds may “entice” great white sharks to the area because they “love the low-frequency sounds of rock and roll.”

The host, Waller, uses music as a “responsible alternative to bait” and to “avoid disrupting the natural ecosystem of the ocean.”

Eight guests will be able to observe the animals in their natural habitats through the glass-bottom flooring of the boat. 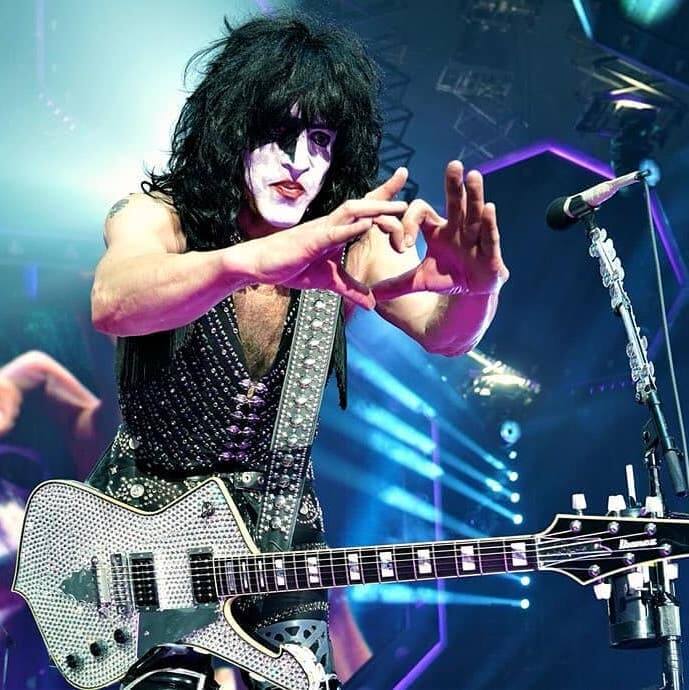 “Airbnb approached us with this idea that sounded, quite frankly, a little weird, but we’re used to being approached with things that are a little weird,” Paul Stanley told Rolling Stone. “I’ve played for a lot of land sharks. Now I finally get a chance to play for the ocean varieties.”

“It’s not like going to the zoo,” he added. “You’re actually experiencing them in their home. If people don’t cooperate, they’ll be treated like chum and thrown to the sharks.”

More musicians are speaking up on behalf of animals. Canadian singer-songwriter Bryan Adams recently spoke out against whale hunting, saying there’s “no need” to hunt the “magnificent giants.”

Queen guitarist Brian May believes it “takes courage to stand up for animals.” He stopped wearing shoes made with animal leather, saying it made him feel “so much better.” Last year, he took a petition to the UK Parliament that urged the government to make Britain fur-free.

The Kiss Concert for Great White Sharks takes place on November 18 at $50 per ticket. The Australian Marine Conservation Society, the only national charity in Australia that exclusively works to protect ocean wildlife and their habitats, will receive all proceeds.