The brand’s plastic-free straws have a harder texture than the traditional kind and a subtle, rice-like aroma, but don’t affect flavor. Every straw is edible, but if you don’t feel like taking a bite, you can simply throw it away or put it in a flower bed.

CEO Kwangpil Kim took over Yeonjigonji, a company founded parents that previously manufactured bridal shoes, in 1999. But the dying industry led him to consider other options to help make ends meat, The Hindu reports. Kim came across an article about American brand Loliware, which makes sustainable edible cups, and was inspired by the idea.

“If they can make an edible cup, couldn’t we make an edible straw?,” Kim told The Hindu. “I thought about ingredients that South Koreans don’t generally dislike. Rice immediately came to mind,” he continued. 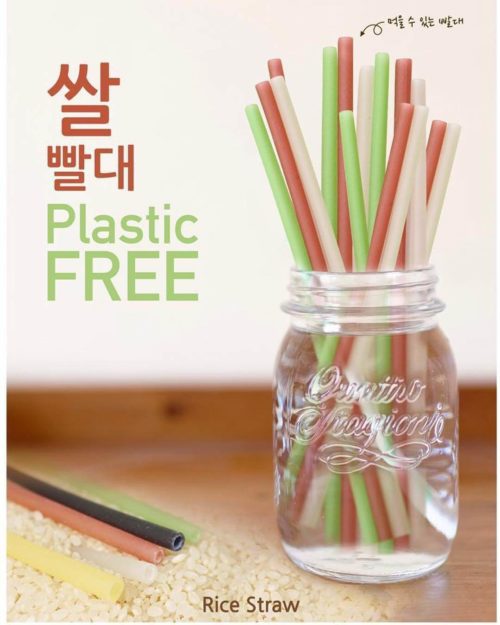 Kim was also concerned by the 2.6 billion single-use plastic straws used by Koreans annually. The straws are made from Vietnamese rice because Korean rice’s stickier texture makes it harder to work with.

While intentions are good, the Center for Disability Rights points out that an outright straw ban is rooted in ableism, as many with mobility and strength issues rely on bendable plastic straws for food and drink. The organization notes that some reusable replacements — such as metal, bamboo, glass, and acrylic straws — can pose injury risk for those with tremors, spastic episodes, and temperature sensitivity.

Starbucks hopes to rid all stores of single-use plastic straws by 2020, replacing it with a sustainable alternative, but has not announced what it will use. McDonald’s UK recently began trialing paper straws and received pushback from consumers because it disintegrates. Yeonjigonji’s rice-based straws take days to break down and are more eco-friendly: “You need to cut down trees to make paper straws, so they are bad for the environment, too,” Kim said.

Yeonjigonji is also working toward manufacturing cups, cutlery, and bags made from rice.