LIVEKINDLY
Home Business Krispy Kreme and Dunkin’ Donuts Customers Battle Over Who Will Launch a... 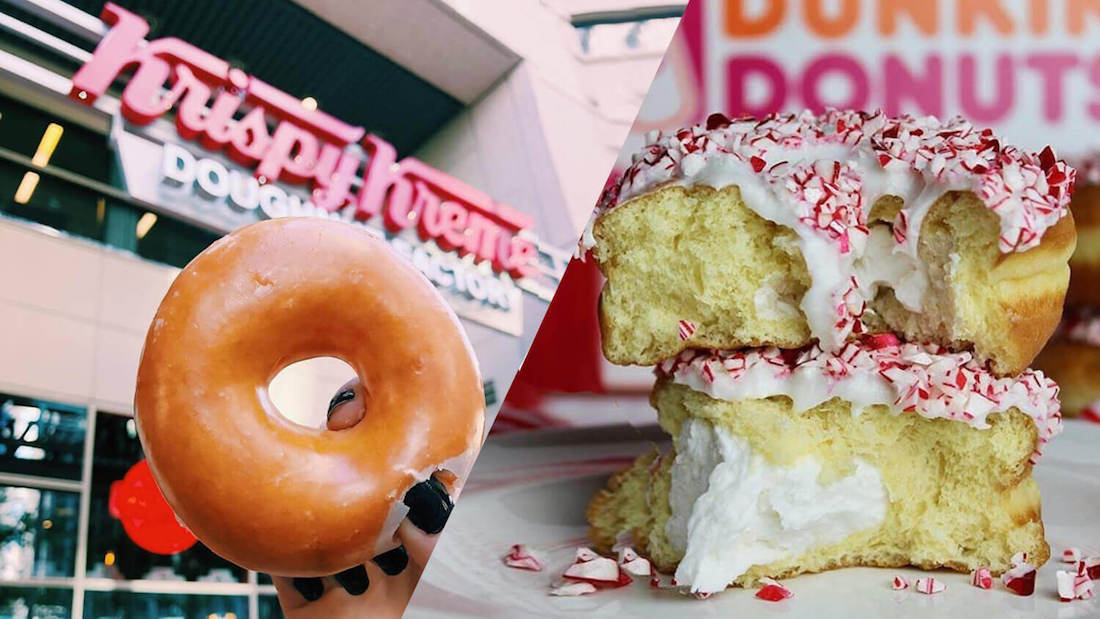 The days spent fantasizing about mainstream vegan donuts may be numbered. Countless individual donut bakeries have adopted a number of plant-based variations, and a few chains have also capitalized on the trend. This leads to the looming question – which donut giant will get there first – Krispy Kreme, or Dunkin’ Donuts?

Plant-based eaters have engaged in a major donut debate over which company will launch a vegan donut first.

Hashtagging “#donutwars,” the nonprofit animal protection agency Compassion Over Killing asked its followers via Instagram, “Which do you think will be the first to offer a vegan donut — @dunkindonuts or @krispykreme?” The Instagram page links to a site aptly named “We Love Dunkin and Want to Make It Better,” which allows customers to vote for the chain they hope will be first to market with vegan options.

Let the #vegan #donutwars begin! Which do you think will be the first to offer a vegan donut — @dunkindonuts or @krispykreme? Go to link in bio to cast your vote! ? Then share a pic of your choice on social media. Get creative and be sure to use the hashtags and tag us to be featured in the results!

Also explaining the current donut deficiency, the site reads: “Millions of consumers nationwide are picking plant-based options to help the animals who suffer at the hands of the egg and dairy industries, and to protect their health as well as the planet. Vegan egg alternatives are ever-increasing in variety, and non-dairy milk sales have increased by 61% over the past five years alone!” However, as the website notes, both international brands, Dunkin’ Donuts and Krispy Kreme, have not released a vegan donut.

So, which brand should consumers place their bets on?

Dunkin’ is in a unique position to make vegan donuts more readily available than perhaps any other chain in the country. The brand has over 10,000 locations in the U.S. and more than 12,600 worldwide, while Krispy Kreme has just over 1,000 shops in operation.

In July, Dunkin’ Donuts CEO David Hoffman revealed plans to offer more plant-based drinks. Although making no promise of vegan food options, he did say that venturing into plant-based drinks is “some of the runway for us long term.” Krispy Kreme, by contrast, has been silent on the issue.

While awaiting a result, customers can also sign a petition demanding Dunkin’ Donuts brings out its first vegan donut and a petition asking the same of Krispy Kreme.