More than 2,000 Kroger-owned stores will soon stock vegan eggs made by JUST.

The food tech company makes its JUST Egg — which comes bottled in liquid form — with mung beans, which help it gel and cook like egg, and turmeric, which gives it a natural golden color. The cruelty-free egg looks, cooks, and tastes like animal-based egg, and can be used to make dishes like omelets, crepes, French toast, and scrambled eggs.

The vegan egg will soon hit the shelves of 2,100 stores, including Kroger, Ralphs, Fred Meyer, Fry’s, and QFC. The vegan product was already available at Kroger-owned Harris Teeter and Roundy’s banners, including Mariano’s, Pick ‘n Save, and Metro Market.

The JUST Egg can be found in the egg aisle alongside its chicken-derived counterparts. A press release from JUST highlights consumer studies which found that 77 percent of people eating the vegan egg are meat-eaters. Twenty-one percent don’t eat any animal products and 57 percent aim to eat more plant-based protein.

“We believe a just food system starts with breakfast and our partnership with the Kroger family of stores, the largest grocery store chain in the United States, makes JUST Egg accessible to countless consumers in communities around the country,” said Josh Tetrick, co-founder and CEO of JUST. “This milestone is a major step toward building a smarter, healthier and more sustainable way of eating.”
The liquid egg mix is free from cholesterol, saturated fat, artificial colors, and GMO ingredients. It offers 5 grams of protein per serving. It’s also better for the planet; the product’s ingredients require less water and generate fewer carbon emissions than animal-based eggs. 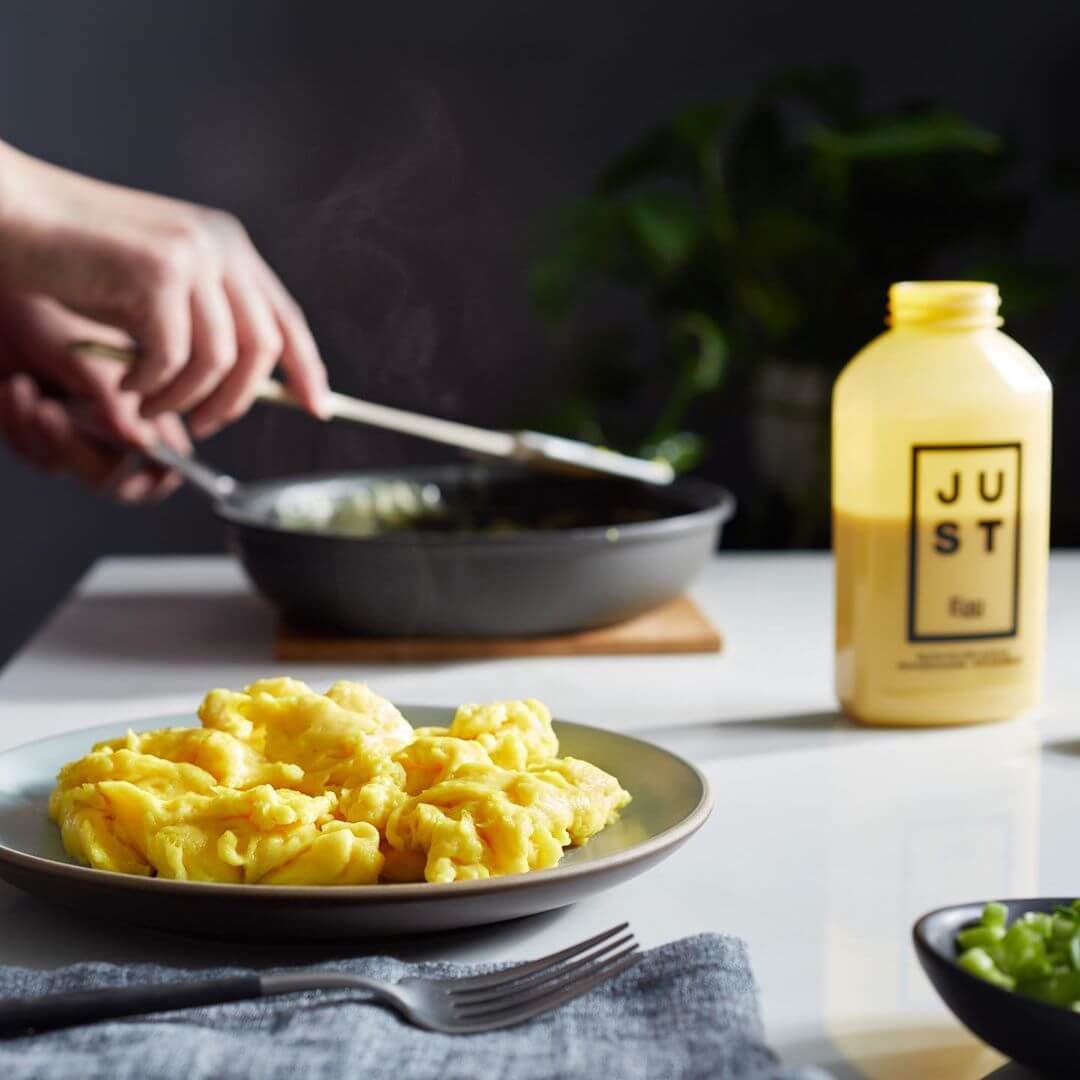 In just a few months, JUST has sold the plant-based equivalent of 10 million eggs, helping the company become a top-seller at retailers across the U.S.

JUST egg recently outsold 95 percent of egg SKUs at a top three retailer’s top-selling store, according to the press release. It’s not the only example of vegan food products overtaking animal-based items. Recent data found that U.S. retail sales of vegan food increased 11 percent in the past year, while the total U.S. retail food market only increased by 2 percent in the same period.

JUST Egg will be available at 2,100 Kroger-owned stores this month.