Kroger is expanding its Simple Truth Plant Based collection with 50 new vegan products, bringing chickenless burgers and grounds and dairy-free cheese slices and shreds to the biggest supermarket chain in the U.S.

According to Stuart Aitken, Kroger’s chief merchant, the supermarket will continue to expand its Simple Truth Plant Based brand. By the end of the year, the private label will feature more than 75 products. Aitken added that “we anticipate increased interest in our plant-based selection in 2021 and beyond.” 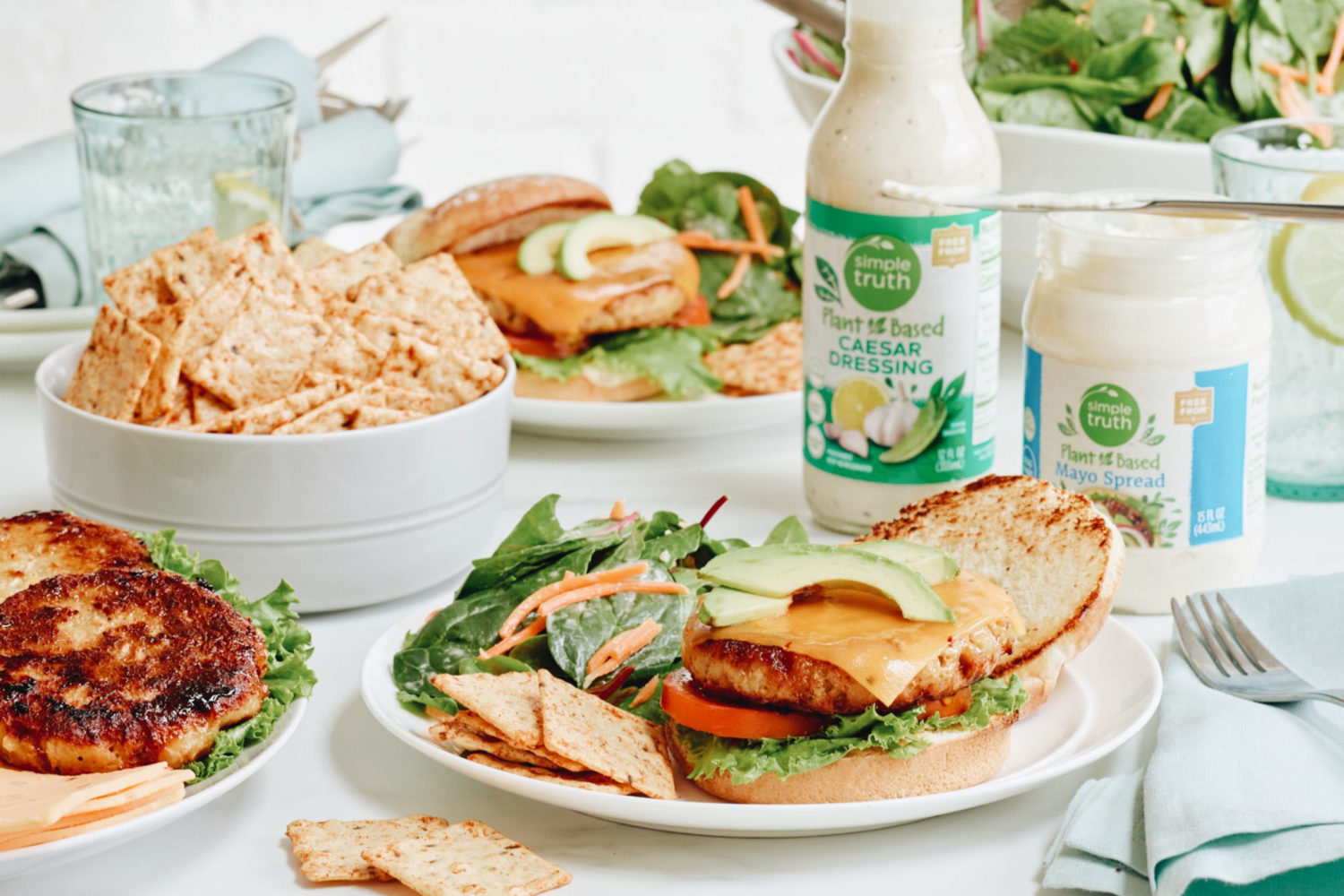 By the end of 2020, the Simple Truth line will include more than 75 plant-based products. | Kroger

The U.S. plant-based food market is booming. Over the past two years, retail sales of products that directly replace animal foods have increased by 29 percent to $5 billion, according to a 2020 SPINS report commissioned by the Good Food Institute, a nonprofit that advocates for the acceleration of foods that replace animal products. Plant-based milk is the fastest-growing category, followed by plant-based meat, which is worth $939 million.

Like many other supermarkets and brands, Kroger has experimented with how in-store placement affects vegan meat sales. Last winter, it trialed three-foot plant-based meat cases in the meat aisle of 60 stores from December 2019 to February 2020. Conducted in partnership with the Plant Based Foods Association, a trade organization that represents the top vegan brands in the U.S., Kroger discovered that sales increased an average of 23 percent. In addition to that, the test attracted more new shoppers, customers bought a wider variety of products, and they increased their purchase options.

“This test provides one more proof point that plant-based meats have moved from niche to mainstream,” said Sean Brislin, merchandising director, Kroger, in a statement. He added that Kroger has experienced double-digit growth in the plant-based category.