Kroger is introducing vegan meat aisles in meat cases across the country.

The world’s largest supermarket will introduce three-foot sections for plant-based meat in 60 stores. Test stores will place the dedicated section in the conventional meat aisle. Kroger aims to see if sales increase as a result of plant-based meat being placed where most consumers shop.

Kroger and the Plant Based Foods Association (PBFA), a trade organization representing more than 150 vegan food companies, teamed up to launch the meat-free section.

“We are confident that this test will demonstrate that plant-based meat sales will increase even more when consumers have easier access to them,” said Julie Emmett, senior director of retail partnerships for PBFA.

Does Vegan Meat Belong in the Meat Aisle?

The plant-based food market is growing fast in the U.S. A recent study released by the PBFA and the Good Food Institute (GFI), a nonprofit for the advancement of vegan and clean meat, found that plant-based food sales increased 11 percent last year. The market is valued at $4.5 billion.

Vegan meat alone is worth $800 million with sales climbing 11 percent. Refrigerated vegan meat sales went up 37 percent while conventional meat increased by 2 percent. The study noted that this is only the beginning of a “massive growth period” for plant-based food.

Kroger’s test follows in the lead of the California-based brand, Beyond Meat. In 2016, the company became the first to merchandise vegan meat next to the real thing in grocery stores with its now-famous Beyond Burger.

CEO and founder Ethan Brown explained that the strategy made sense: omnivores are Beyond Meat’s target consumer. The company’s own research at the time showed that 70 percent of the Beyond Burger’s buyers were meat-eaters. Today, it’s 93 percent.

Selling vegan burgers next to traditional meat was a success, according to Beyond Meat executive chairman Seth Goldman: “Initially there was some pushback to selling plant-based meat next to [regular] meat, but because we started small and proved the concept with Whole Foods, and then Safeway in Northern California, we had data to show other retailers that it was working, so we didn’t keep having to have that same conversation again and again.”

The test will take place of a 20-week period in stores across Denver, Indiana, and Illinois. 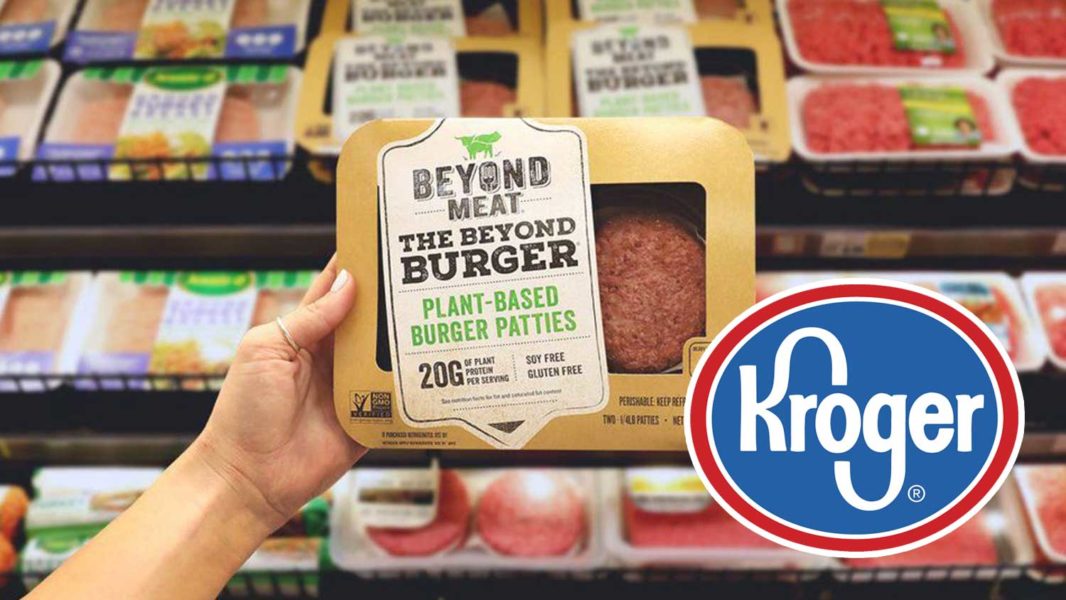