Kroger — the largest supermarket chain in the U.S. — is launching its own vegan meat range.

GFI focuses on promoting the consumption of animal-free foods and the development of lab-grown, slaughter-free meat. It works with scientists, entrepreneurs, and policymakers to help shift the food system away from relying on animal agriculture.

Kroger’s new range — which includes vegan sausages, ham, burgers, and mince, as well as dairy-free products like cookie dough and queso dip —  is a sign that GFI’s end-goal is edging closer, believes Bruce Friedrich, the executive director of GFI.

“It’s a defining moment when America’s largest grocer launches an entire collection of plant-based meat and dairy products and is clear proof that plant-based has truly gone mainstream,” he said in a statement. “We look forward to other grocers following Kroger’s lead.”

Kroger’s new line adds to its existing Simple Truth range, which consists of a variety of organic and natural products.

“Since its launch in January 2013, Simple Truth has become the leading natural and organic brand in the country with annual sales exceeding $2.3 billion,” said Gil Phipps — Kroger’s vice president of Our Brands — in a speech at the GFI conference. 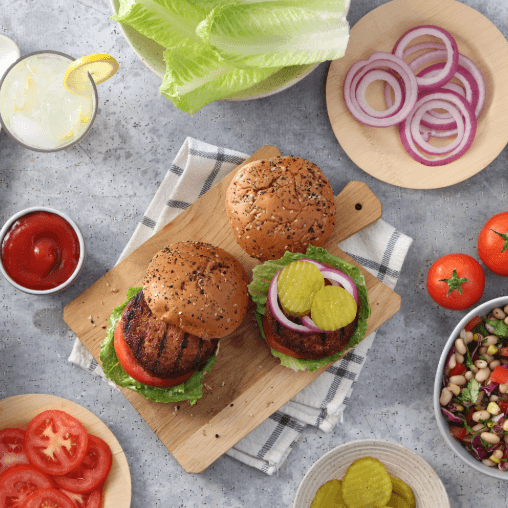 Due to the rising number of conscious consumers, the company felt it was time to launch its own vegan products. Earlier this year, a study revealed that 114 million Americans are attempting to eat more plant-based foods for health reasons.

“As more of our customers embrace a flexitarian lifestyle, choosing to prioritize healthier food choices and reduce their environmental footprint, we are excited to meet their needs,” continued Phipps. “We are introducing Simple Truth Plant Based collection to offer even more fresh, remarkably delicious, animal-free food to provide shoppers with a greater selection of choices that are more accessible and affordable.”

Kroger will begin adding Simple Truth Plant Based products to shelves this fall.