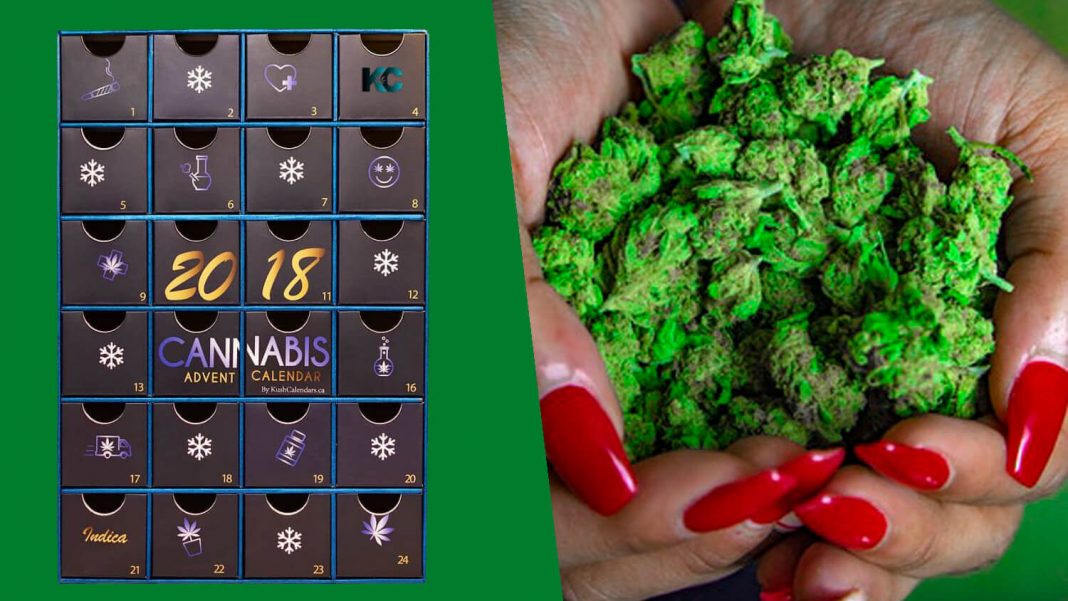 A little over a month ago, Canada became the second nation in the world to legalize recreational cannabis, making it the largest legal marketplace in the world. Aiming to help Canadians have a happy holiday, one business has already launched a Christmas advent calendar for the cannabis connoisseur.

The new calendars are made by Canadian brand Kush Calendars. Like a traditional advent calendar, it features 24 days of small presents for the giftee – except where most advent calendars involve sweets, this one comes with 24 grams of flower – in other words, one gram per day.

Of course, you need to be at least 19, the legal age for cannabis consumption in Canada, to purchase a Kush Calendar. Those who can will gain access to “the best strains from Canadian companies” – with a different variety every day – right up until Christmas Eve. Wanting to preserve the nostalgic experience of opening an advent calendar, the company has not disclosed any exact strains, but at least one supplier is known: the British Columbia-based West Coast Cannabis.

A post shared by DrunkInAGraveyard.com (@drunkinagraveyard) on Dec 7, 2017 at 8:36pm PST

So far the concept is a hit with consumers; according to Kush Calendars’ Instagram, there was such a spike in orders yesterday that the brand’s site crashed. However, the company assures that it’s not too late to place an order.

This is the first time that Canada has offered a legal recreational cannabis calendar, but it isn’t the first ganja-themed gift in the nation. Last year, medicinal marijuana company Coast to Coast Medicinals launched its own advent calendar. For the item, buyers choose what’s inside from a list including flower, indica only, sativa only, edibles, and CBD. Last November, company founder Lorilee Fedler told CTV that she was overwhelmed by the customer response to the concept, with a waiting list of more than 1,500 people.

“We just wanted something fun and different for adults,” she said. “We didn’t expect it to be so popular.”

So far, only two nations in the world – Canada and Uruguay – have legalized recreational cannabis. Just hours before the announcement, the Canadian government went one step further and pardoned all who had been convicted of possessing more than 30 grams of marijuana, providing justice to tens of thousands of people.

Despite the longheld demonization of the plant, it’s proven to be popular. Shortly after Canada’s government gave legal weed the green light, countless news sources reported that the nation’s dispensaries were running out. The industry is expected to be lucrative – a 2016 study by business firm Deloitte predicted that the recreational industry could boost the Canadian economy by as much as $22.6 billion annually.

Kush Calendars’ new cannabis advent calendars cost $220 and can only be ordered online. 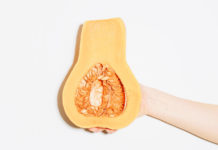 17 Butternut Squash Recipes of Your Dreams 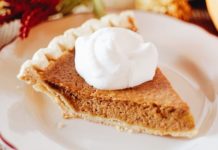 Say Yes to Whip With These 7 Vegan Whipped Toppings