Rumour has it that Kylie Jenner has decided to go vegan!

According to Harper’s Bazaar, 19 year old Ms Jenner is about to “take a stab at this whole vegan thing” following a Snapchat announcement earlier today.

Her snap revealed a lunch of vegan tacos with what appears to be Daiya (or other dairy free) cheese, an orange smoothie and a side of salsa, captioned with “I’m trying this whole vegan thing. Vegan Tacos”. 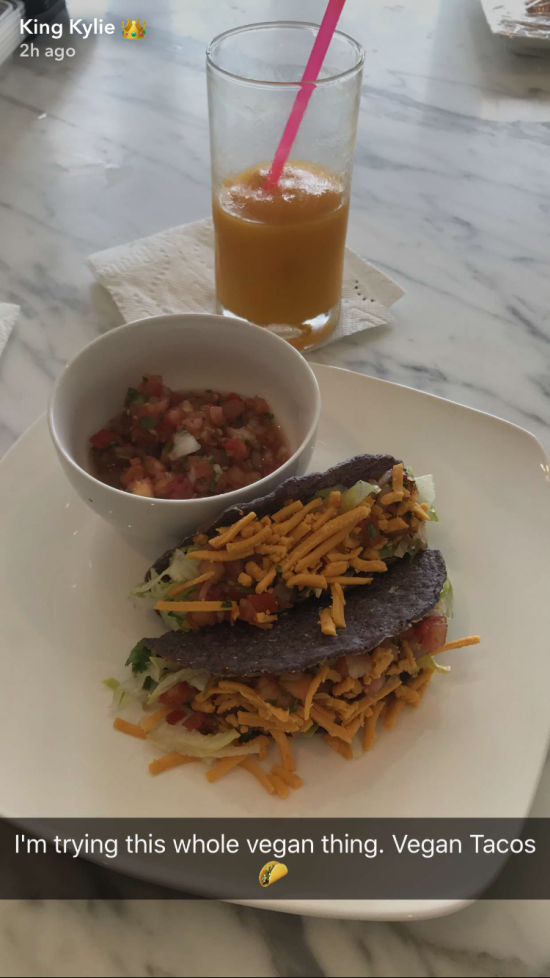 According to the article, Kylie has a healthy appetite for carbohydrates such as pasta and potatoes which could help see her through the transitional stage of veganism without any hunger pangs. (If you’re hungry on a vegan diet, you’re doin’ it wrong!)

Whether or not Kylie is actually trying out veganism as opposed to plant-based eating remains to be seen!

Why the skepticism? Well it was only back in Spring this year that Kylie rocked up to Coachella in a fur coat! Jenner was caught dismissively rolling her eyes as anti-fur protesters who called her out for the cruel and unnecessary fashion statement. Perhaps then, it is forgivable that onlookers of her new vegan foray are doubtful.

It could be argued that celebrities ‘going vegan’ for weight loss and health has a negative impact on the movement; further perpetuating the myth that veganism is just another fad diet. With that being said though, regardless as to whether these stars are trivializing veganism, the influence in which they have on others isn’t something to sniff at. As an example, Kylie Jenner has 22.3M followers on Twitter alone – if she influences just 1% of these people to reconsider their dietary choices, that’s 223,000 individuals! And 223,000 people Googling ‘how to go vegan‘ can surely only be a good thing, right?

If her snaps continue in the same vein, she’ll also be doing a pretty good job of showing her onlookers how easy and non-restrictive vegan food can actually be. 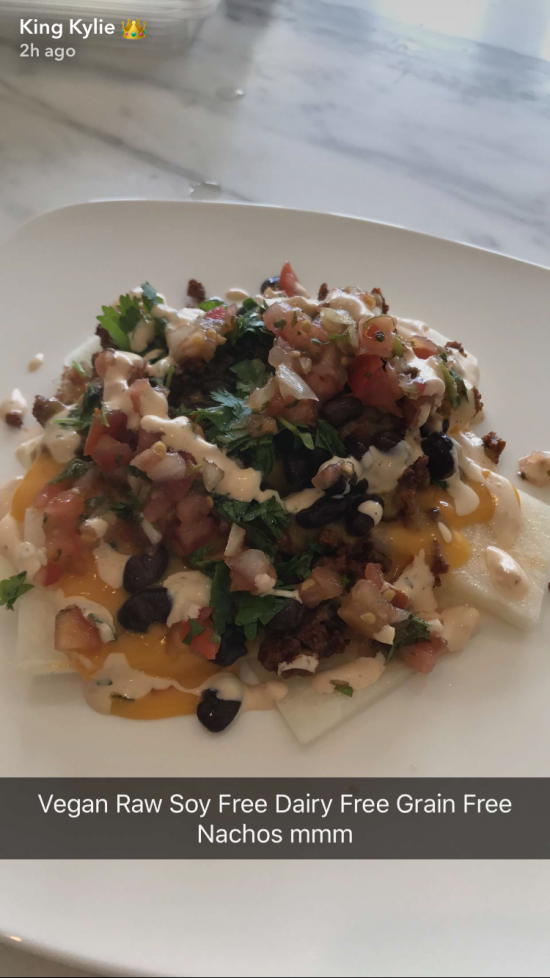 So we’re not sure about you, but we can’t wait to follow Kylie’s journey and wish her every luck with her transition (keeping our fingers and toes crossed that she’ll be ditching the fur and leather too!)