A food truck in Los Angeles has launched “pay what you want” vegan chicken.

Original Herbivore made the announcement on Instagram, stating that customers could pick their price⁠—“no judgment.” The post stated: “$12? $5? $1? Sure, we’ll take it.”

The food truck began offering the “Name Your Price” Chick’n Sandwich on May 28. The sandwiches are available in three flavors: Classic, Buffalo, and Nashville.

“We hope people who have never tried our popular vegan chicken sandwiches can try it,” Sebastian Baranek, the owner of Original Herbivore, told Canyon News. “We hope vegan and non-vegan all like it. It’s the purpose of this event.”

In addition to giving non-vegans the opportunity to try the vegan chicken sandwich, Baranek said a decline in sales due to the coronavirus pandemic prompted the deal.

“Our business is a little bit slower now because we were primarily focusing on vast events and those have been canceled due to COVID-19,” he said.

“Our business is down 90 percent in terms of sales, so we have to rebuild it in other ways,” he added.

Baranek and co-owner Constance Handforth started the Original Herbivore food truck in San Diego in 2017. Next month, they plan to start work on a new bricks and mortar location in Sherman Oaks. Baranek said the new to-go concept will focus on providing more healthy options, as well as waffles, pancakes, and pastries. 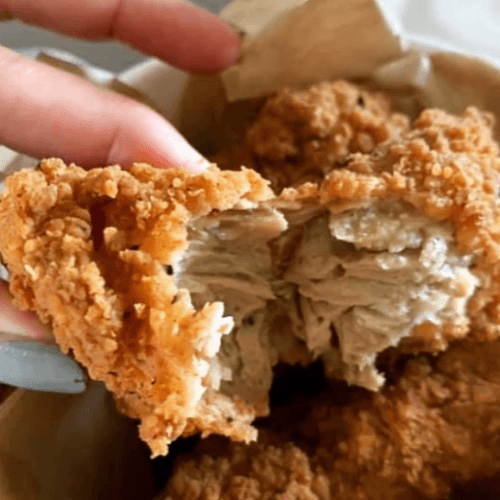 Original Herbivore may be the first to ask customers to name their price, but it’s not the first vegan food truck in LA. There are a number of vegan fried chicken mobile eateries to choose from, including RockInHotChickUn, which launched last year.

The mobile eatery is a collaboration between LA-based restaurant The Vegan Hooligans and Tehuanita, a food truck specializing in plant-based Mexican food.