People Magazine just posted a massive roundup of the most popular breakfasts in every US state (including Washington, D.C.). Amongst the pancakes, egg dishes, and beignets of other states, the chickpea scramble scored the top spot for Iowa.

Des Moines’ La Mie Bakery was credited for the state’s most popular breakfast dish – a simple chickpea scramble served with zucchini, asparagus, spinach, and avocado, accompanied by a few orange slices and two triangles of housemade bread, toasted. The restaurant is not vegan, but it focuses on farmers market fresh ingredients and offers solid vegan options on the daily. Other plant-based breakfast choices include a vegan scramble and oatmeal, in addition to several of the artisanal bread loaves.

The breakfasts were chosen for this list based on Yelp data. People Magazine worked with Yelp editors to scour the site’s breakfast-focused reviews. The credible reviews were then ranked based on ‘a variety of factors’ which took into account total volume and user feedback. 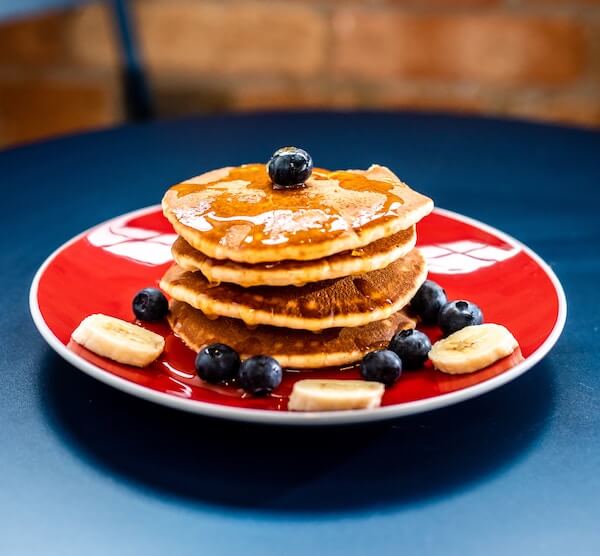 Vegan breakfasts now encompass as much variety as omnivore meals. No longer are plant-based patrons limited to a choice of avocado toast, fruit, and oatmeal. Vegan chicken and waffles has become a major trend, popping up in restaurants from London to Los Angeles. Vegan biscuits and gravy, plant-based English breakfasts, and every rendition of pancakes, waffles, and French toast are also becoming widely available in major metropolitan areas.

Though some may argue it is more of a dessert, vegan donuts have also experienced a significant evolution. Gone are the days of the dry cake donut; bakers have learned to create gourmet raised vegan donuts to rival the most elaborate of the donut craze trend. Like vegan breakfast options, these artisanal plant-based donuts are becoming commonplace from Los Angeles to New York, and a few places in between. In Denver, Colo. a restaurant called Bang Up to the Elephant converted all of its donuts to vegan following mass consumer feedback.

To find the most popular breakfast in your state, visit People’s website, then do a bit of Yelp research to find the best vegan version in your city.