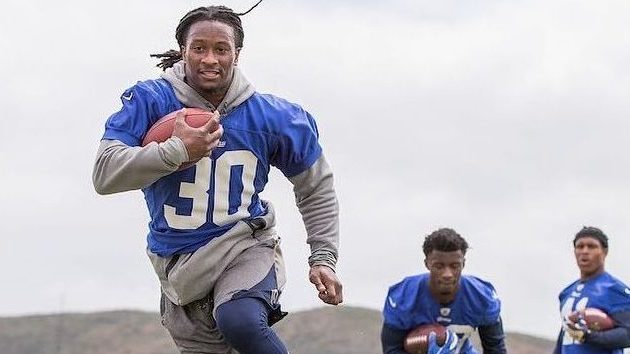 Los Angeles Rams running back Todd Gurley paid a visit to El Segundo based Beyond Meat headquarters earlier this week. The vegan protein company is revolutionizing the meat industry with its burgers and sausages that look, cook, and taste like animal-based versions.

In an Instagram post that featured company founder Ethan Brown along with the 2017 NFL Offensive Player of the Year, Beyond Meat said it was “pretty inspiring” that Gurley came by to “learn more about the future of protein.”

Beyond Meat has been making waves with its plant-forward take on protein. The company uses non-GMO beans and peas for most of its formulations; the Beyond Burgers and Beyond Sausages are also wheat and soy-free. Compared to other sources of protein — like beef or pork —  Beyond Meat says its products stack up. Ounce for ounce they contain just as much protein as animal versions, if not more so. They also offer heart-healthy fiber and contain zero cholesterol. Another advantage of the vegan products is they’re void of antibiotics, growth hormones, and dangerous antibiotic-resistant bacteria commonly found in meat. The issue of antibiotic resistance has become so critical that the World Health Organization has warned that without steps to reduce exposure, we’re heading toward a “post-antibiotic era” where something as minor as a scraped knee could prove fatal.

Pretty inspiring when the 2017 @nfl Offensive Player of the Year and star running back of the LA @rams wants to learn more about The #FutureOfProtein. Thanks for stopping by the HQ yesterday, Todd Gurley @tg4hunnid. ?