Would you eat bug meat? What if it was lab-grown? One day, you might have a chance. Natalie Rubio — a scientist and researcher at Tufts University — is working to make lab-grown insect meat a reality.

Rubio studies tissue engineering and cellular agriculture. Together with a team of researchers at the university, she wants to take the cells from an insect — not the bug itself — and use them to grow meat.

According to the scientist, the aim is to grow muscle and fat in the lab, which can then be transformed into a food source that resembles a steak, a burger, and potentially even lobster or shrimp. After the cells have been extracted, the scientists do not need the bug any longer and it remains unharmed. 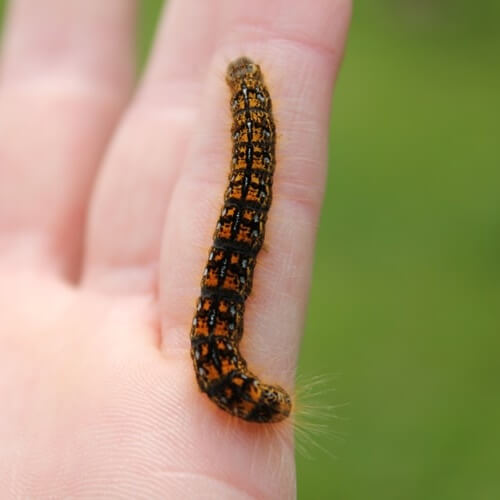 Researchers take cells from insects such as caterpillars to grow meat

She told Popular Science, “we end up with insect muscle and fat tissue, without insect legs, eyes and other crunchy bits. Theoretically, we could produce a product that looks like steak, but is insect-based instead of cow-based.”

“In my opinion, if we can make tasty, healthy, affordable, sustainable and humane meat, consumers will be excited about it,” she added.

A number of companies have taken cells from chickens and pigs in an attempt to grow clean, slaughter-free meat. Some are even specializing in seafood. California-based BlueNalu is set to serve its first-ever cruelty-free lab-grown mahi-mahi and yellowtail amberjack to staff this year. But not many have focused on insects, until now.

“Right now, we are making very small pieces of tissue because even the small pieces can tell us a lot about how the cells are behaving,” said Rubio. “Right now, we work with fruit fly cells and caterpillar cells. You can take cells from any insect or other animals you are interested in.”

Rubio explained that clean meat products are not aimed at vegetarians and vegans, who are already eating a more sustainable diet. She explained that lab-grown insect meat is targetted at those who do not want to give up eating meat, but are looking for a more ethical and environmentally-friendly alternative.

“Cultured meat should be a more sustainable option to farmed meat while providing a similar culinary experience,” she said.