American company Modern Meadow hopes that it will be able to put lab grown ‘leather’ on the market in just two years time. Having raised a massive $50 million from investors, Modern Meadow is now able to take the leather substitute from the developmental stages into production trials.

There are a number of advantages to lab grown leather, one of them being that no animals are harmed in the making of the product. Modern Meadow’s invention is actually grown from a strain of yeast. The yeast is genetically modified to replicate bovine collagen, the main protein found in animal’s bodies. 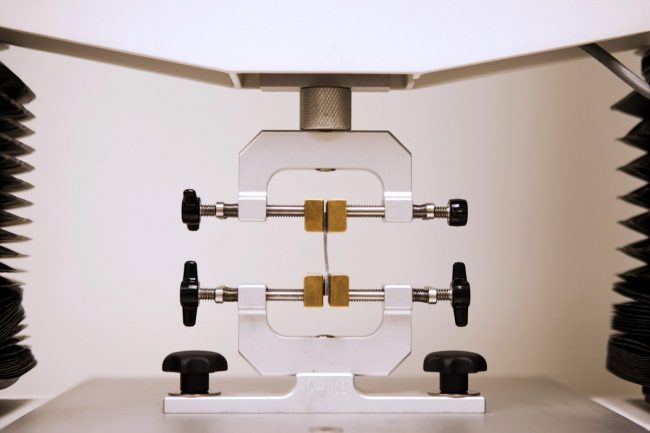 This new leather could also potentially reduce waste, in comparison to its animal derived counterpart. Due to the fact that leather is an animal’s skin it is much harder to control the quality of it than it is for other materials. Cows may have scars or marks, for instance, and each animal’s skin is different. Because this new material will be grown in a lab, there will be a great deal of control. For starters it will be grown in sheets with straight edges, the engineers will also be able to produce leather that is softer or tougher in different parts of the sheet that they grow. This means that they could actually custom grow sheets of leather for specific garments.

Although the material is mimicking leather, Dr Williamson, the chief technology officer at Modern Meadow, has said that they want to release the product into the market place under a different name.

The brand name of Modern Meadow’s material is due to be announced at the Museum of Modern Art’s fashion show this October in New York. The first ever garment, a t-shirt, made out of the currently nameless product will also be showcased there.

Despite the fact that developers don’t want to release the product as a leather alternative specifically, if it has all the same attributes as leather, it’s efficient nature may convince manufacturers to turn away from leather itself. Which is great news for animal rights activists, and even better news for cows.