Lab-grown meat may be much cheaper than premium Wagyu beef in the near future.

Netherlands-based food tech brand Mosa Meat first introduced the world to its lab-grown hamburger in 2013 with a hefty price-tag of $280,000 per patty. But within the next two years, one patty may go for as little as $10 in supermarkets. The average price of Wagyu beef is just over $100 a pound — and with the average burger being a quarter-pounder or $100 a pound, high-tech cultured meat might be significantly cheaper than a cut of the prized Japanese meat. 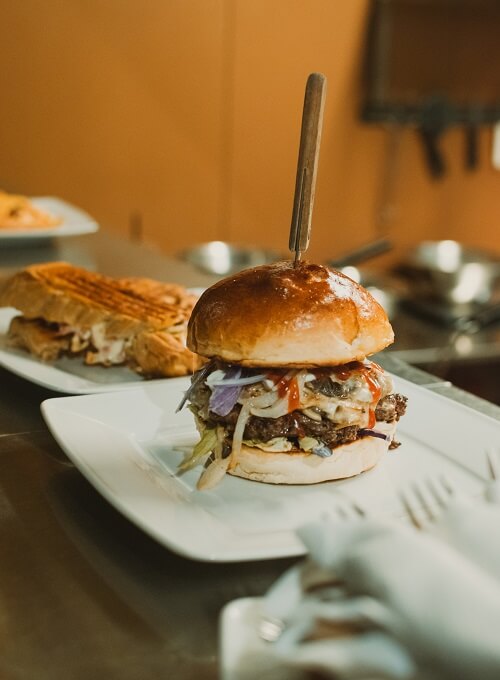 “The burger was this expensive in 2013 because back then it was novel science and we were producing at very small scale,” a Mosa Meat spokesperson told Reuters. “Once production is scaled up, we project the cost of producing a hamburger will be around €9 [$10].”

They added that cell-based meat could eventually become more affordable than the price of a traditional hamburger. Mosa Meat isn’t the only food tech company to claim that price parity with animal-based meat is nearing.

“Our goal is to reach production scale and have regulatory approval by 2021,” said Mercedes Vila, co-founder of Spain-based Biotech Foods.

A few companies have already previewed meat grown in a lab. California-based JUST, known for its vegan egg and mayonnaise, gave press a taste of the first cultured chicken — priced at $100 per nugget — earlier this year. The company is also working to make lab-grown Wagyu beef through a partnership with Japanese producers, Toriyama. Last September, startup New Age Meats offered press and potential investors its lab-grown pork sausage.

Cultured meat companies still face a few roadblocks before large-scale production can be achieved. Biotech Foods, Mosa Meat, and London’s Higher Steaks need to file for EU approval. All are still working on improving their growth serum — which is derived from the stem cells of an actual animal.

According Liz Specht, associate director at the Good Food Institute, a nonprofit that advocates for the advancement of vegan and cell-based foods, said the culture medium is currently the most expensive part of making clean meat. But it’s possible to obtain it through plants.

Dr. Glenn Gaudette, a biomedical engineer at the Worcester Polytechnic Institute in Massachusetts, is getting closer to the solution for more affordable clean meat. Last July, he revealed to New Food Economy how decellularized plants could be used as scaffolding for growing lab meat. One example the lab has experimented with is growing turkey cells on decellularized jackfruit. Specht said that once lab-grown meat will achieve price parity with traditional burgers, steaks, and the like once production is on an industrial scale.