According to the World Wildlife Fund, more than 85% of global fish stocks in our oceans are “at significant risk of illegal, unreported and unregulated (IUU) fishing,” including species like the Bluefin tuna, which is currently on the Endangered Species protection list. And for Bay Area startup Finless Foods, which is using clean meat technology to create tuna and other fish without further endangering the wild fish populations, there are many reasons this advancement of food science is critical.

The company, founded by Mike Selden and Brian Wyrwas, says it’s on target to bring to market a lab-grown Bluefin tuna by the end of 2019. Like lab-grown clean meat, Finless Foods uses cells from the fish to grow the meat without the need, in this case, to catch an endangered species or any of the bycatch commonly caught in nets, including sharks, dolphins, and turtles.

Clean meat tech has gone from the sci-fi sounding “test-tube” burger that was priced at $325,000, to companies like Hampton Creek and Memphis Meats promising to bring cultured meat to market within the next year at costs comparable to current market prices for conventional animal products. 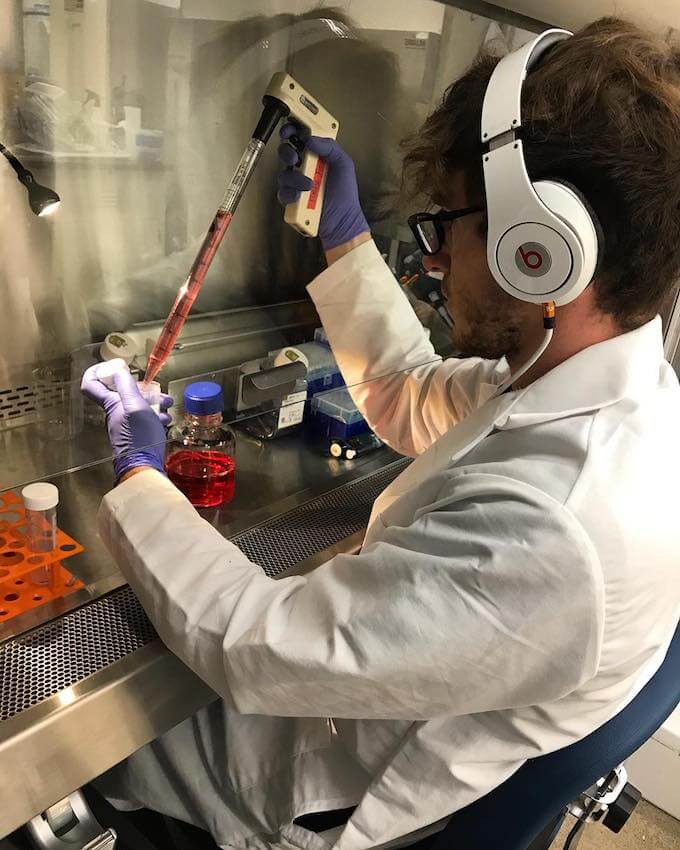 Finless Foods says it too will be able to recreate the taste, texture, and health profile of fish at a price that will excite consumers. “[O]ur ultimate goal is to bring the price down so that consumers have a choice of cheap albacore or skipjack tuna – or our high quality bluefin tuna without any contaminants – for the same price,” Selden told FoodNavigator-USA in a recent interview.

Contaminants are a significant, particularly in larger fish breeds. And while mercury levels in Bluefin have dropped as much as two percent per year in the last decade as industrial emissions have decreased, fish are still responsible for 40 percent of the mercury contamination in the American diet.

Clean fish would have none of that, and, says Selden, the technology removes other serious health threats, too. “We’re creating fish in sterile conditions, so you don’t have the same challenges with bacteria and infections or food-borne pathogens, which also means it lasts longer with less spoilage.” And he adds that it’s also “cleaner for the environment…no giant fish farms with pesticides and herbicides, and there’s no slaughter.”

For those concerned clean meat and fish are genetically modified “frankenfoods,” Selden says there’s a lot of confusion in the marketplace about clean meat tech. The technology is closest to culturing yogurt or brewing beer. There are no GMOs in clean meat. No genetically modified ingredients also means no pesticides or herbicides causing damage to the planet and posing human health risks. And no animals on factory farms (or giant ocean fish farms) means no antibiotics, growth hormones, or other controversial practices linked to human, animal, and environmental health issues.

“We want people to know our product was made this way because we think it’s better,” says Selden, “that’s why they are buying it.”