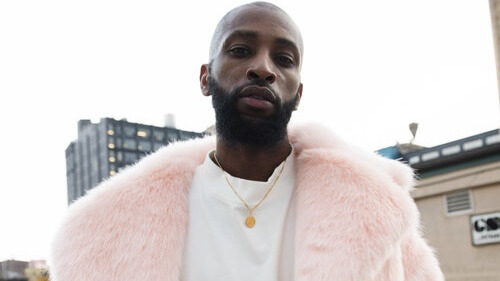 The brand, known for its edgy, urban looks, is tagging on the trend in the fashion industry and moving away from animal skins for more playful, affordable, and cruelty-free options.

Fashion icons including Tom Ford, Versace, and Gucci have all recently dropped fur from their labels. Most recently, Jean Paul Gaultier announced he was pulling fur from all of his collections, too, calling the industry “absolutely deplorable.”

His announcement received praise from animal rights group, PETA. “This decision is a sign of changed times, as most people no longer wish to wear anything from animals who were cruelly caged, electrocuted, bludgeoned to death or caught in steel traps, left to die slowly and painfully–the way coyotes are still being killed for the trim on Canada Goose jackets,” Sascha Camilli, European Projects Manager for PETA told LIVEKINDLY via email. “Fur today is as dead as the poor animals it was stolen from, and any designers not clued up enough to see that may as well hang up their sewing needles now.”

Landlord’s new fur range is made from polyester and comes in a wide array of pastel colors. Its been showcasing the new collection in an installation at 6F in NEw York City.

In October LIVEKINDLY reported that faux fur is “no longer seen as a subordinate, cheaper alternative to the real thing.”

Cities and countries are taking a stance against fur, too. Most recently, Los Angeles joined West Hollywood and Berkeley in California on a city-wide ban. It’s now the largest city in the U.S. with a ban on fur. UK has a ban, and Norway recently took a stand on fur farming in the country.

Celebs are speaking out against fur as well with Kim Kardashian even saying faux is her “new thing.”