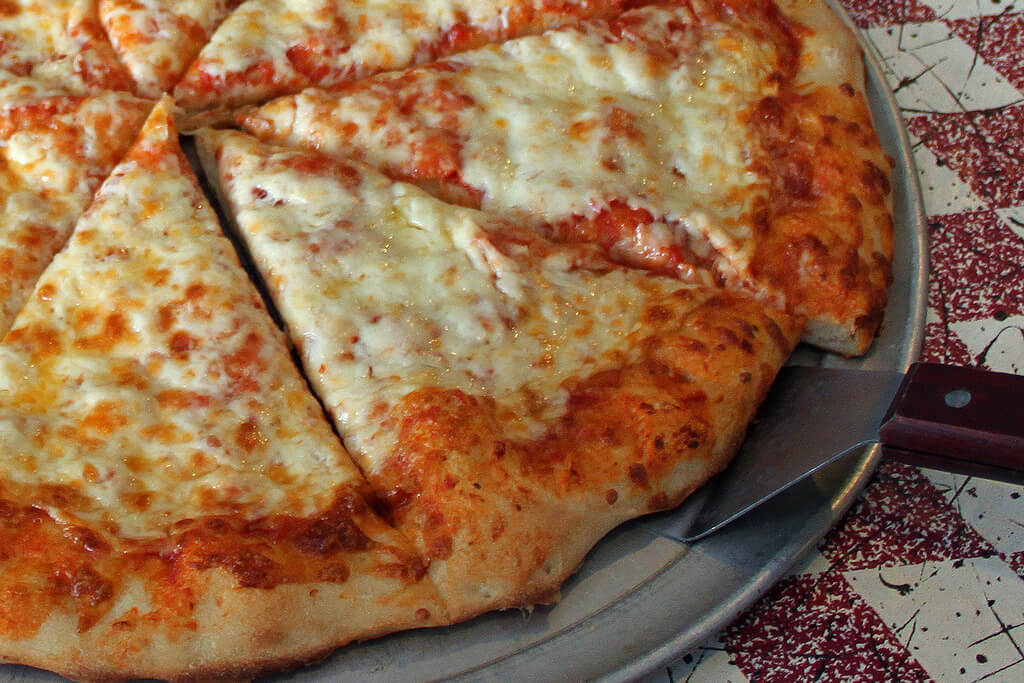 NY Pizza Suprema, a long-standing, family-owned pizzeria located in the heart of Manhattan, now offers vegan pizza by the slice or as a whole pie. The pizza is topped with a vegan organic sunflower seed-based mozzarella crafted by local artisan brand, ese Chè. The news of the latest addition to NY Pizza Suprema’s menu was announced via ese Chè’s Instagram account earlier this week with a photo of a classic cheese pie.

“Now Serving @nypizzasuprema across from Madison Gardrens [sic] Pizza made from [our] Organic Sunflower Mozzarella,” the post stated.

A second post followed up with more news: “Today we’re super Honored to be featured @dr_oz for healthy vegan Pizza choices made by @nypizzasuprema,” implying that the company, along with NY Pizza Suprema, will soon be featured in a segment on an episode of “The Dr. Oz Show.” An air date has yet to be announced.

Vegan cheese brand ese Chè was co-founded in 2017 by vegan chef and cookbook author Cole Fox, who acts as Chief Business Owner; and owner of vegan, fair-trade chocolate brand Rawclates, Hadara Slok, who acts as Head of Science and Food Production. The ese Chè cheeses are crafted from organic sunflower seeds, are completely vegan Kosher, as well as free from nuts, soy, and gluten. The cheeses are available for purchase online, at a select retail locations throughout New York City, or at either of the Brooklyn-based vegan pop-up markets, Vegan Shop-Up and Vegan Market, on occasion.

“The world is changing, and one of those changes is the need for quality food that can support our swelling population who has various dietary needs and concerns. We aim to bring you the highest quality and best tasting plant-based cheeses the world has ever seen,” the mission written on ese Chè’s website states.