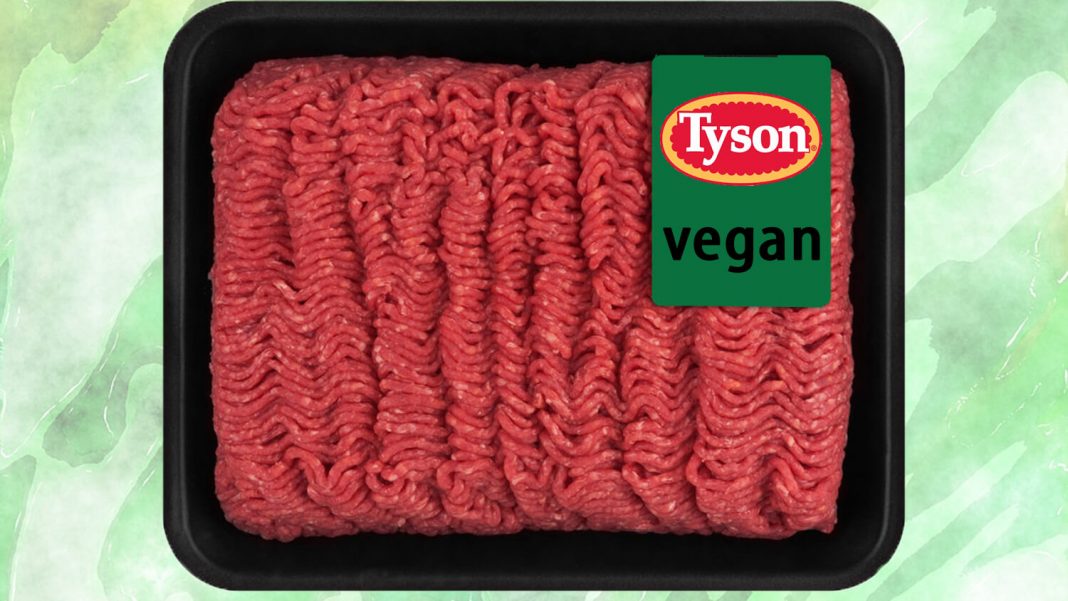 White acknowledged that the demand for realistic plant-based meat products will likely continue to grow and that Tyson is using its resources to make “great tasting protein alternatives that are more accessible for everyone.”

After a shareholders meeting, White solidified his comment: “What I was signaling today is that it is coming. And we will do it in a significant way,” he said.

Former CEO of Tyson, Tom Hayes, who stepped down last September, also believes in the plant-based future of meat. The company first invested the California-based vegan meat company Beyond Meat in October 2016. In December 2017, Tyson upped its takes for an undisclosed amount.

But ahead of its plant-based protein launch, the company has sold its 6.5 percent ownership stake in Beyond Meat.

“Tyson Ventures is pleased with the investment in Beyond Meat and has decided the time is right to exit its investment. Beyond Meat provided an early opportunity for Tyson Ventures to invest in plant-based protein products that many consumers are seeking. We wish the leadership of Beyond Meat all the best,” the company said in a statement.

According to Nielsen data, the sales of vegan meat grew 23 percent last year. Beyond Meat led the way with sales up 70 percent. CEO and founder Ethan Brown has said that the brand’s target consumer is meat-eaters. The Beyond Burger – which has a taste and texture similar to beef – is sold in the meat case in some grocery stores. The company’s own data indicated that 70 percent of the burger’s buyers are omnivores.

“It’s growing rapidly,” White said of the plant-based meat market in comparison to traditional beef, pork, and poultry. “It’s not either, it’s ‘and flexitarian,’ right? That’s where the growth is at. There’s a growing number of people that want to eat a product that they view as being healthier for them and it may be non-animal protein, it may be a blended protein.”

Tyson plans to begin testing its new product this summer.