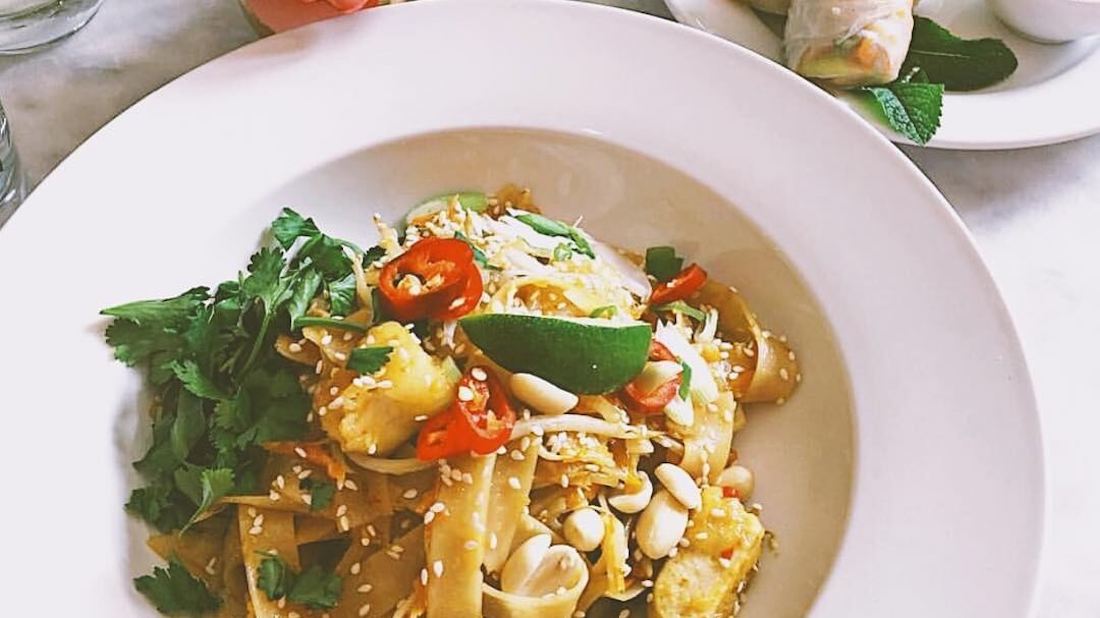 The UK’s largest vegan restaurant, Erpingham House, has recently opened on the site of a former steakhouse.

Founded by entrepreneur Loui Blake, and footballers Russell Martin and Declan Rudd, the three-story restaurant opened at the beginning of the summer in the Tombland area of Norwich, in a grade 2 listed building. Already it has been featured in the Times top 20 vegetarian restaurants.

The historic building has housed many businesses and ventures, most recently a steak restaurant, but originally belonged to the Erpingham family back in the late 19th Century. Blake, a vegan himself, decided to use the space to create a 100 percent plant-based, plastic-free restaurant, with a “home from home” feel. The founder hopes to educate the local citizens of Norwich about the health and environmental benefits of vegan food, creatively.

Due to the scale of the restaurant, it is able to offer a selection of different menus. On the “cafe” menu, served on the ground floor, diners can find Smashed Avocado on Sourdough; a Matcha Bowl, served with banana, hemp and pumpkin seeds, and organic granola; an Acai Bowl served with blueberries, raspberries, chia seeds, agave, and granola; and snacks such as Raw Brownie and Protein Balls.

We know its not Sunday yet, BUT, we think you should know we do a Sunday roast dinner special and its fantastic ??But don’t take our word for it! Book online for this week, link in bio! ?@natsmunday #ErpinghamHouse #SundayRoast #SundayDinner #VeganRoastDinner #PlantBased

Pad Thai, Avocado Pesto Linguine, Cashew Jackfruit Korma, Creamy Mac and Greens, and Risotto Cakes, are just some of the items on the second floor menu, and cocktails, desserts, Sunday dinners, and a kids menu are also available.

“We’re passionate about sharing healthy, delicious food & drinks, that are as good for the planet as they taste,” reads the Erpingham House website. It adds, “We’re a place to meet & share ideas, grab breakfast to go, take a lunch meeting, enjoy a boozy lunch, have a romantic meal or evening cocktails, and everything in between. Our ethos is built on health-promoting foods as much as a good time.”

Vegan food is becoming more popular in the UK, with consumers increasingly concerned about the impact their buying habits can have on their health, the environment, and the animals. In fact, high demand from customers has caused many major restaurant chains to add new vegan options to their menus. For example, in July, UK bar chain All Bar One added 4 new plant-based menu items. The decision followed the success of the company’s Veganuary menu, which saw a 50 percent increase in the number of dishes sold.