According to the business, it already serves “the largest selection of vegan tacos in the universe,” so it decided to go one step further and add the world’s biggest vegan taco to the menu.

Tacotarian initially launched the taco — which is seven inches long by seven inches wide — as a monthly November special. Due to its popularity, the restaurant will keep the option on as a “secret” menu item in the coming months.

“We’ve definitely succeeded in getting people excited about vegan food,” Corral said. “Our social media is flooded with people posting pictures of it and coming back multiple times with friends.”

It’s not just vegans raving about the new menu item, but meat-eaters too. Corral continued, “most of our customer base isn’t plant-based, they just love having healthier versions of Mexican food that doesn’t lack any of the flavor.“ 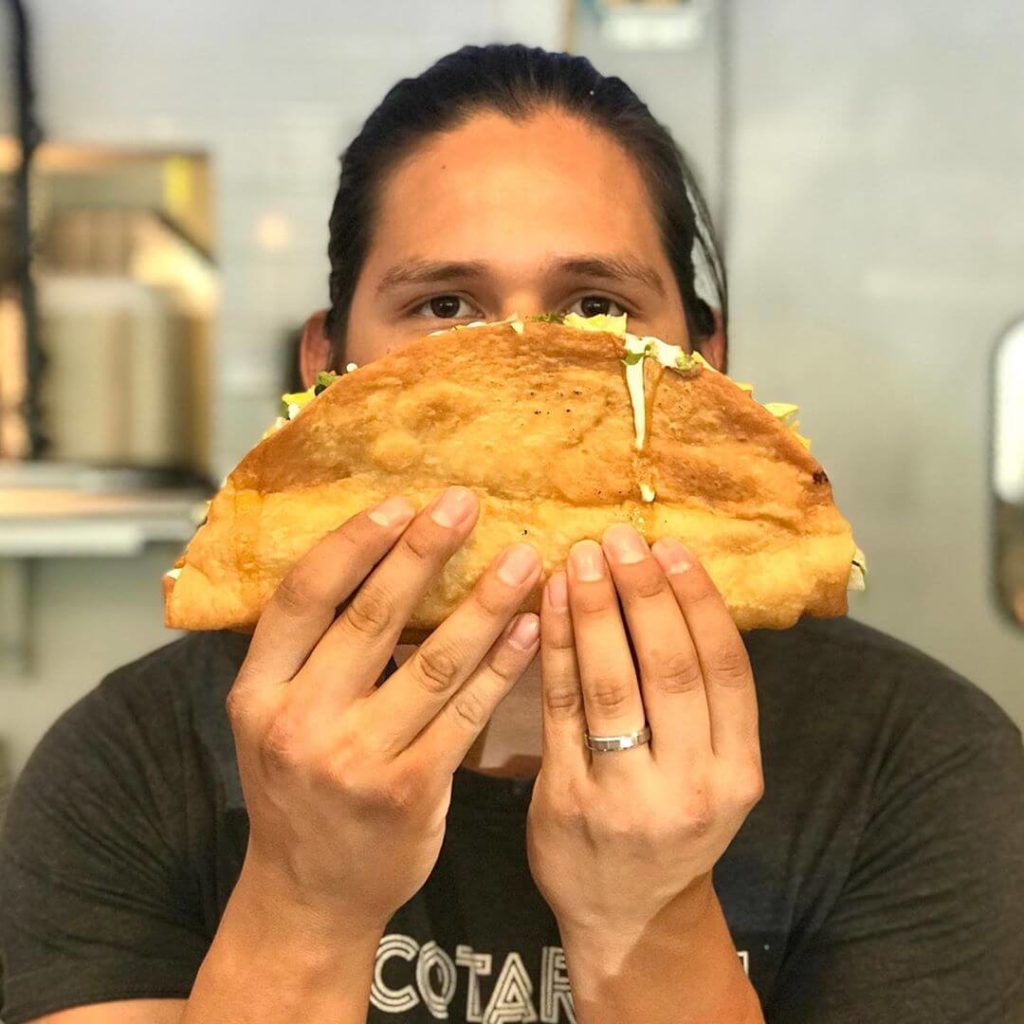 Tacotarian donates 20 percent of the profits from its monthly special to charity.

Changing the World ‘One Taco at a Time’

Every month, Tacotarian donates 20 percent of its profits from its monthly special to a charity supporting the animals, the environment, or the community. For November, it supported Foods Not Bombs LV — an organization providing free vegan food to those in need.

“They have a regular weekly picnic with food sharing,” Corral explained. “They also distribute meals to people in need.” She added, “they do great work and we are proud to donate 20 percent of the profits from this month’s special to them.”

Founded in 2018, Tacotarian is on a mission to show Las Vegas residents just how tasty vegan food can be. In December, it is intending to open a second location in downtown Las Vegas. However, it’s not stopping there. The Mexican-inspired restaurant chain wants to take over the world.

“Our goal is to show the masses that plant-based food can be just as good if not better than its animal-based counterpart,” says Corral. “We like to think we’re changing the world one taco at a time.”