Cena Vegan is a local Los Angeles foodie favorite. In less than two years, the company has become a street food icon, attracting a loyal fanbase amongst vegans and omnivores alike. Customers line up for hours to get a taste of their famous Mexican-inspired vegan burritos, tacos, and nacho boats, filled with Cena’s signature plant-based meats. However, fans will soon be able to skip the line and head straight to the grocery store for their Cena fix. 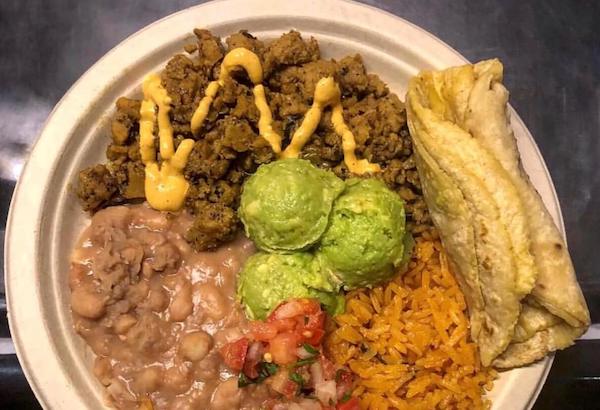 Beginning on May 5, two Los Angeles vegan natural food stores will stock Cena’s Latin American vegan meats. Follow Your Heart Cafe and Market in Canoga Park and Organix in Eagle Rock will be the first to premiere this highly anticipated product. The vegan meats are fully seasoned and come in four authentic flavors: Carne Asada, Pollo Asado, Barbacoa, and Al Pastor. The meats will be sold in one-pound bags and can be found in the refrigerated section.

Although Cena has gained recognition through its constant presence at various street fairs and block parties, the small business has always had its sights on retail. In a podcast interview on The Vegan Potluck, partner and marketing director Gary Huerta said, “We are first and foremost a plant-based meat manufacturer.” He explained that when the concept was first developed in January 2016, the goal was to create authentic Latin American vegan meats to distribute in stores, beginning at the local level then eventually expanding to grocers nationwide. 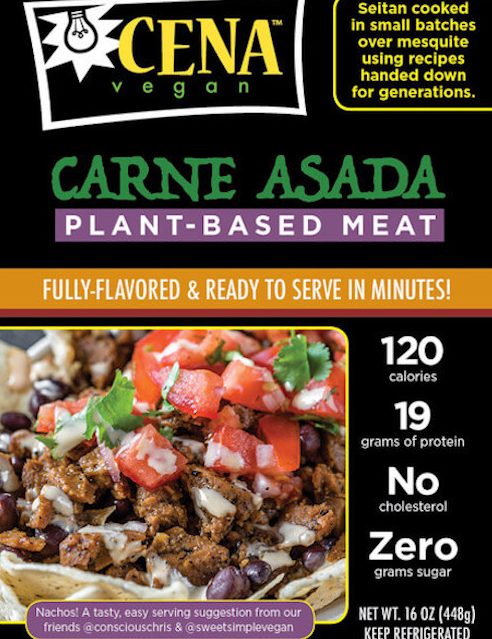 “Our goal was to raise the bar. We got into this business because we were unsatisfied by the flavor profiles of the plant-based meats that were out there,” Huerta continued. “We’re all about authenticity having a product that is truly delicious for vegans and vegetarians and flexitarians…for everyone.”

Cena first debuted its booth in Highland Park, an East Los Angeles neighborhood, in June of 2016. The three partners, Mike, Carmen, and Gary, can still be seen on a weekly basis, serving up their giant vegan burritos and tacos made with warm, freshly hand-press tortillas. Cena will continue to host their weekly booth in Highland Park on Taco Tuesdays and in Downton LA on Smorgasburg LA Sundays. The company also participates in local popups and events. Follow Cena on Instagram for its full schedule.