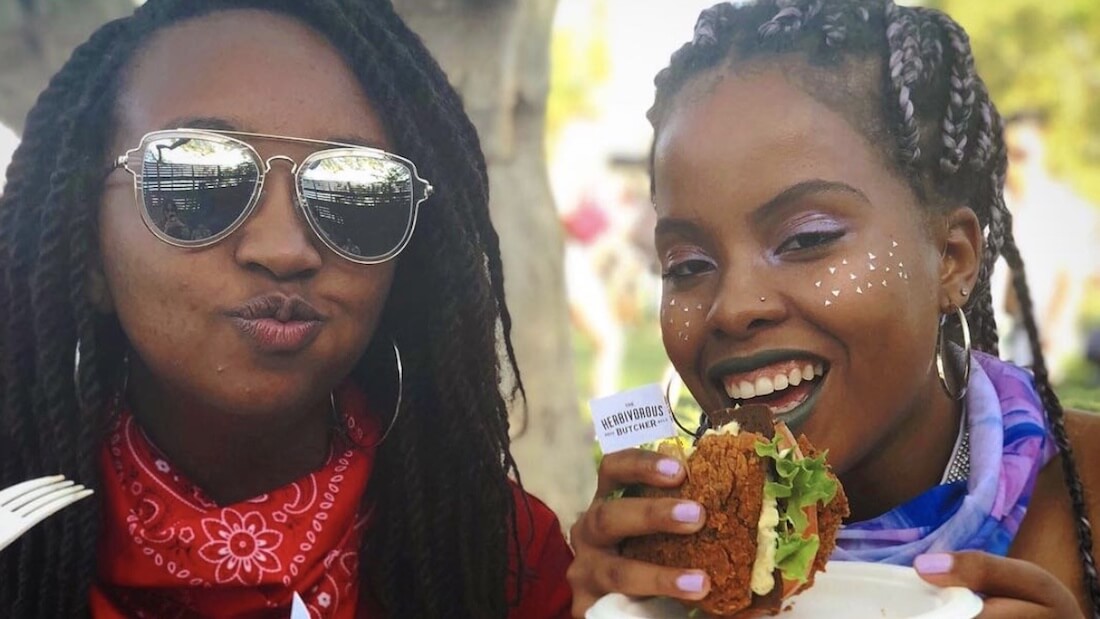 UK’s Vevolution festival is gearing up for its 2018 event this November and it’s getting a Hollywood style facelift.

London and Los Angeles may not look like sister cities, but they’re becoming quite fond of each other, especially when it comes to their respective vegan food scenes. Both are vegan destinations with hotspot restaurants, festivals, and events. Even the local supermarkets can’t seem to keep pace with vegan demand.

Earlier this year the popular LA vegan festival Eat Drink Vegan, curated by Coachella’s culinary director Nic Adler, brought in a handful of vegan restaurants from the UK. Vevolution hosted a stage at the Seed Food and Wine Summit, which took place the week preceding the festival. Now, it appears the city is returning the favor, bringing Eat Drink Vegan to November’s Vevolution fest, taking place at the British Film Institute. 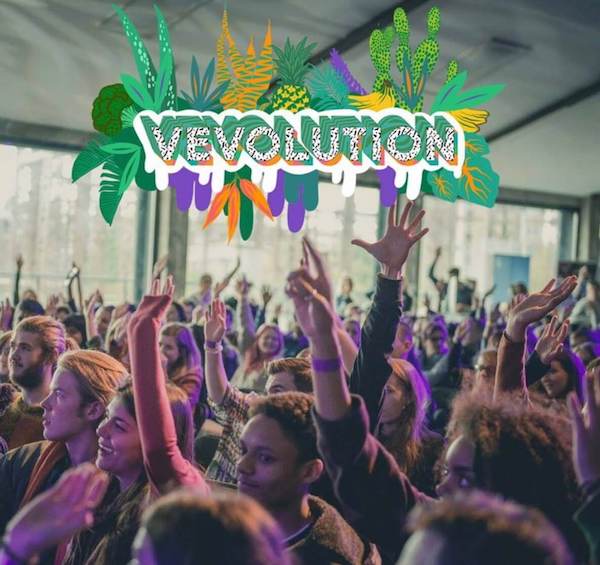 “Partnering with EDV will mean Vevolution will have a slightly west coast feel to it this year,” says Vevolution co-founder Damien Clarkson. “Janette from EDV will be hosting the stage and the EDV crew will be bringing over some of the best of the LA food scene and foodie personalities.” Vevolution will also be bringing its festival to Los Angeles in 2019.

Eat Drink Vegan brought in UK hot spots including Temple of Seitan, The Vurger Co, and Picky Wops; and in return, Vevolution will dedicate an area to EDV selected vegan vendors from Los Angeles. While the lineup hasn’t been announced yet it’s likely LA’s booming Mexican food scene will be properly represented. The new vegan burger joint Monty’s Good Burger is likely to appear as well, being a side project of Adler’s.

“Vevolution is all about empowering people to live happy and fulfilled lives, where we make positive contributions to our communities,” the festival’s co-founder Judy Nadel said in a statement.

This year’s festival will include leaders from all corners of the vegan movement. Cooking personalities include BOSH! and King CookDaily, as well as fitness and fashion leaders such as Naturally Stefanie, Rachel Ama, and Meg and Komie Vora, founders of the leading LA vegan fashion brand Delikate Rayne. The event is also slated to tackle environmental issues and low-impact living with experts including Jack Harries, Claudia Ayuso and Kristen Leo, ImmyLucass (Sustainably Vegan) and zero waste chef Max La Manna of Eating With Max.
“Vevolution is for everyone who believes that a better future is possible. The festival is focused around optimism and positivity that we can all make a difference,” says Clarkson.
The event is more than just a platform for eating all the vegan things; it’s become a launch pad of sorts. Clarkson points to natural skincare brand Optiat who won Vevolution’s first Pitch + Plant competition at last year’s event. Optiat is now appearing on the UK’s “Dragons’ Den” show. Similar to “Shark Tank” in the U.S., entrepreneurs pitch their product or service to investors.
“Each year we are astonished by all the successes that come out of our events,” says Clarkson, “nothing makes us happier than bringing together a community of people who want to work together to create a plant-powered world.”

Tickets for Vevolution are available at the event’s website now.