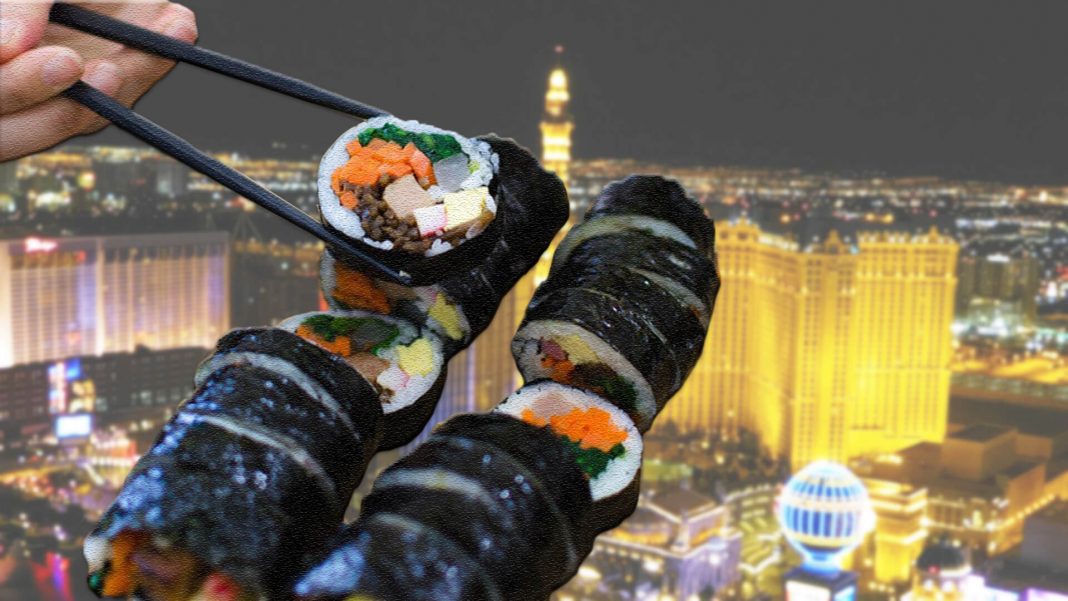 Thanks to VeggiEat Xpress, you can now eat all the vegan sushi you like in Las Vegas.

According to Vegans, Baby, for a limited time only, customers can gorge on all the vegan sushi the Asian restaurant has to offer. The promotion is running for three months, ahead of the opening of its second location, which will offer a large selection of fish-free sushi.

General Manager Victoria Plourde told the plant-based Vegas-focused publication, “we would like to provide this opportunity to allow new customers and sushi lovers to try all our creations with this offer.”

The restaurant is on a mission to provide Vegas with tasty vegan meat-based dishes; its main menu consists of a variety of creative entreés, including General Tsao Vegan Shrimp and Curry Vegan Lamb, made with soy protein, pea protein, and wheat.

According to the restaurant’s website, this combination of ingredients provides customers with a convincing meat that they “won’t believe is vegan.” It continues, “add to that fresh herbs and vegetables and you’ll find yourself coming back for more.”

VeggiEat Xpress is among a growing vegan restaurant scene in Sin City, even meat-heavy chains have been embracing plant-based food, and introducing new meat-free options. Earlier this month, restaurant chain Big Whiskey’s American Restaurant & Bar added vegan options to its menu for the first time ever in its Las Vegas location.

The owner, Tony DePasquale, told Vegans, Baby, “We chose the Las Vegas market to debut the vegan menu because of the diverse needs and desires of the community.”

Like VeggiEat Xpress, existing vegan restaurants in the city are now expanding due to demand. Plant-based fast food joint Veggy Street is due to open its second restaurant this year after its first location experienced a “phenomenal response.”

Owner Jorge Melatti said to Vegans, Baby last year, “veganism and vegan culture is spreading in our beautiful city, and it is being embraced from Old Henderson to Far Hills.”