David Anthony, a police officer in Las Vegas, has been named the 2018 Sexiest Vegan Next Door. Winners of the contest, held by animal rights organization PETA, receive a trip for two to Hawaii.

Anthony “went vegan to make the world a kinder and safer place for all, including animals,” PETA wrote online.

Anthony has served on the Las Vegas police force for eight years. Though he was off-duty at the time, he was one of the first officers onsite at the 2017 Las Vegas shooting. At the scene, he searched for missing people and evacuated citizens. Speaking to Fox 5, Anthony described it as the “worst day of my career… by far.”

He added, “I was not only saddened by the tragedy that occurred but enlightened by how everybody came together.” Afterward, a local vegan restaurant, VegeNation, provided the entire unit with dinner. “I was touched to see my vegan community come forward to help my law-enforcement community reflect after such a heartbreaking tragedy,” Anthony told PETA.

Aside from his heroic work on the force, Anthony enjoys spending time with his wife and son, who went vegan with him, his two adopted rabbits and his dog. Opting for a plant-based diet boosted the police officer’s post-workout recovery time and overall health. He told PETA, “During the first four months, my cholesterol dropped from 222 to 145. I’d be an idiot to look back.”

He added that “eating meat is murder/suicide. Murder for the animals and suicide for me.” 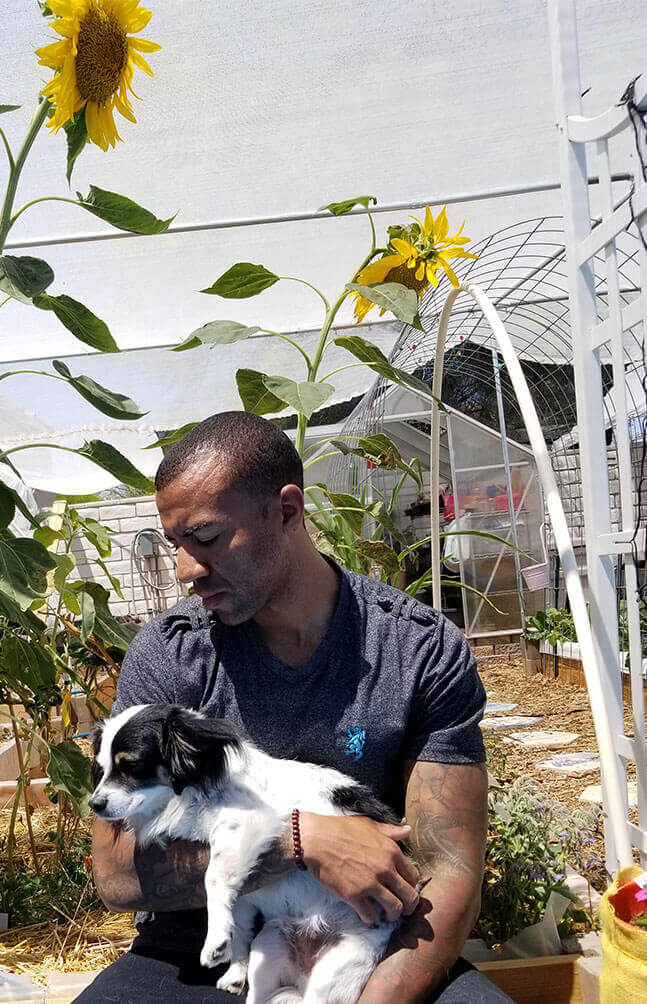 PETA’s Executive Vice President, Tracy Reiman, praised Anthony, “Between his impressive physique and his huge heart for animals, Officer David Anthony is a force to be reckoned with.”

“PETA encourages anyone who’s inspired by his compassion, strength, and energy to give going vegan a try.”

Speaking with Fox 5 about the win, the police officer said, “It’s kind of like winning the Academy Award. You know, somebody acknowledges you for something that you put a lot of effort into.”

He told the local news station he first went vegan after he underwent knee surgery. “My main goal was to heal as fast as possible. So I did a lot of research . . . And I found that a plant-based diet can actually help increase your healing ability.”

“My knee healed fast. The doctors were amazed,” he said. “I can run faster. I’m in better shape than I was before. So when I do my job I do it, for lack of a better word, better. Because of [veganism].”

PETA wrote, “David is a shining example that kindness is sexy as he continues to protect all living beings from pain and suffering, both on and off duty.”