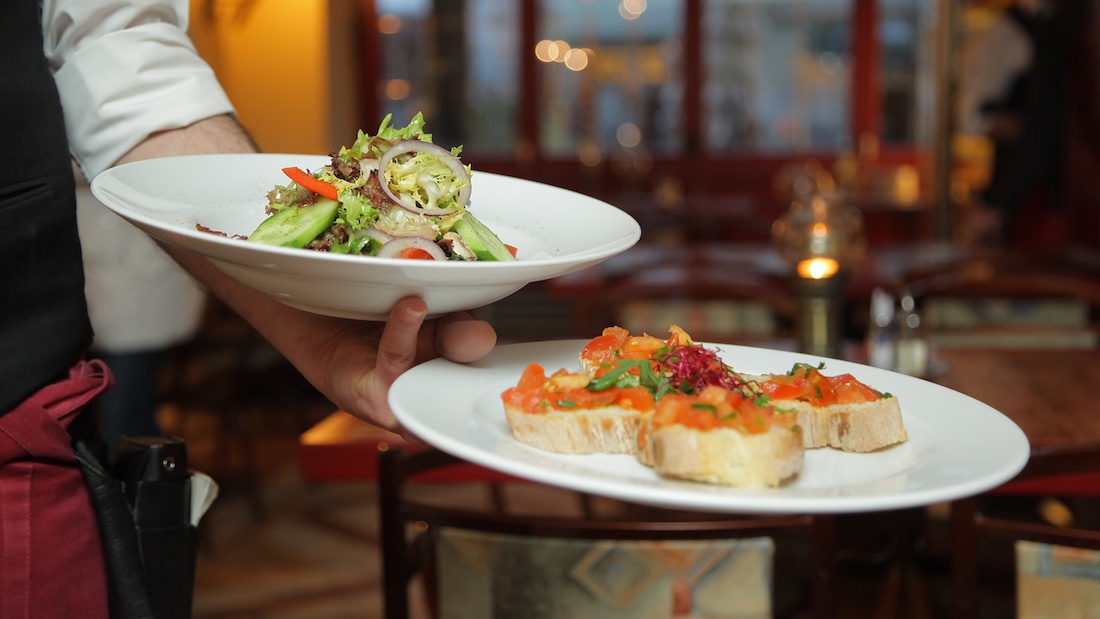 Executive chef Doug Zuk told Vegans, Baby founder Diana Edelman that he wanted to develop a vegan menu after noticing an increase in the number of guests requesting “non-steak choices.” The Las Vegas steakhouse vegan menu is mostly gluten-free and almost entirely whole foods, plant-based. Although the new menu is healthier in contrast to the steaks, seafood dishes, and decadent desserts found on the regular menu, chef Zuk has taken steps to ensure that the Hanks Fine Steaks vegan menu won’t be a bore to customers.

“We wanted to be able to comfortably accommodate all the guests’ dietary requests with something more than a plate of steamed veggies of veggie pasta,”  he said. No stranger to plant-based cuisine, chef Zuk learned how to cook vegan food after his daughter cut animal products out of her diet. But for the new menu, he and his team wanted to challenge themselves to learn new techniques.

“It was not very hard for me and my chef team to tap into our skills on this menu, because we love to cook. But now we want to take on new challenges like oil-free, so stay tuned,” he said. The current menu features vegan calamari made from mushrooms, savory quinoa cake served with seasonal vegetables and romesco, and more. The Hanks Fine Steaks vegan menu will rotate options every few months.

The move to include a vegan menu is part of major gaming property owner Station Casinos’ ongoing effort to provide customers visiting its Las Vegas casinos with vegan options. In April, the company announced that it would work toward adding vegan food to existing menus throughout its properties, but Hank’s is the first restaurant to develop a separate vegan menu.

The popular Wynn Resorts in Vegas have boasted vegan menus at all of their restaurants for several years, formulated with chef Tal Ronnen, founder and chef at the popular Los Angeles restaurant, Crossroads Kitchen.